EACH AND EVERY PERSON ON THE CAMPAIGN FINANCE LIST 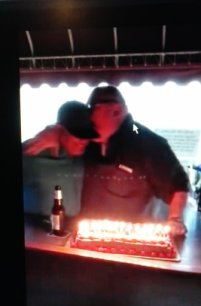 Now that Chip Gaines is taking care of paying legal fees to Abel Reyna after Abel’s surprising and untimely loss, every rich guy in Waco is scrambling for that big money off the backs of the black and hispanics on the North and East side to carry their degenerate offspring into the next millennium with that good ole ‘LEGACY” label that sounds so much better than capitalizing on the gambling addiction of minorities and fools to make your money.

See Jim Hawkins of J-Hawk is old and not well, SOooooooo all the bingo licenses AND better than that, the 8 liner gambling machines, will be up for grabs very soon.  Hell, Jim Hawkins has passed the torch to Clifton Robinson, already about eighty, lives in a 16 bedroom home, now ready to pass on the big bucks to his offspring along with monies from an already tortured and problem sector of the impoverished.

Clifton Robinson, Crunch McClinton, Joe or Johnny Ash whatever name they used to clean up a murderer, Randy Roberts, Mike Bethke, Wes Waller, on and on, names just slid from Abel Reyna’s campaign right on over to the newly popular Parnell McNamara.

After all, Parnell DID TAKE THOSE RUB AND TUG problems to little Abelino as promised on June 7, 2017, AND  Abel did make them disappear leaving the public to only wonder naughty things like………

Did Abel and Sheriff get rid of charges at the Rub and Tug for Jerry Stevens, Joanna Gaines’ daddy who seemed to have “frequented the massage parlors with his friend, a local barbecue owner.”  Also, Joe Nesbitt, son of Bill Nesbitt? Hmmm.  We know Wes Waller is a definite dismissal never happened and others, perhaps including ole wild Bill himself Nesbitt?

Sheriff went from 11K in the hole to $122K just about overnight.  WOW, he is suddenly loved again.  Or is he?

So, here ladies and gentlemen of Waco, tell your children and grandchildren that the male children will be once again taking over all the slots in the county and juicing the poor to make their money.

The Trib may help you out, Channel 10 may suck up to you, but the people know you made your money in a despicable way.

What ego to want to keep people gambling and paying money to rich people while their families go hungry after death and into the future.