Question:  Did you have a job with the Anderson’s, did it fall through?

When he was a “public servant”,  Waco Trib and Tommy were “fake news”,   Abel spoke to no one.  Now,  our tv people and Tommy Witherspoon who I would have thought would have LOTS OF QUESTIONS after 5 years of little Abel not speaking to them,  but, nooooo.  Puff pieces.  Every reporter in this city should be ashamed. 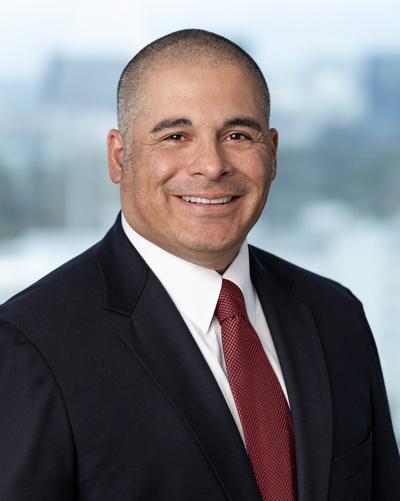 Abel Reyna, fresh off his post as McLennan County district attorney, has accepted a job in Waco with a Houston-based law firm that specializes in intellectual property.

Our local media is so happy that Abel Reyna is speaking to them again they’re sucking up like mad and tripping over themselves to do puff pieces in the paper and on tv.  You’d think good ole Tommy Witherspoon would have a few REAL questions to ask Abel now that’s he’s talking again,  but,  noooooo.  After over five years of Abel not talking and saying the Trib was “fake media”,  now that Abel’s not DA and Tommy’s either forgotten the hard questions or just doesn’t have the huevocitos to ask them.

Without the citizen bloggers, underground frightened,  Democrats who sucked it up to vote in a Republican primary,  ex employees who went to the Feds, plus a great DESIRE TO KNOW THE TRUTH,  we’d have nothing here.  We have no newspaper reporter standing in front of Abel Reyna asking him the tough questions.  We have no reporters outside the Federal Courthouse asking if a bribery case against DA Reyna is being looked at.

We’re so used to having to stay quiet or be labelled “crazy”,  we have submitted to a law enforcement atmosphere where WE don’t deserve to KNOW where our money is spent,  who did what to who,  and certainly not, who killed who at TWIN PEAKS.  Nope.

We,  as Citizens of Waco let them go on and on with this shit show.  You call the cops,  depending on who you are on the food chain of corruption,  they do nothing,  or they throw the book at you,  or,  even better,  they frame you.  The body cams are NOT ON and there is nothing to protect you.  THEY get insulted when YOU ask if you can tape them.

Abel was totally corrupt and everyone knows it.  Hell,  he  knows it and got so brazen and invincible he rode the corruption train all the way through to the New Year (Jacob Anderson Frat Boy plea, December) leaving his buddy Judge Ralph Strother to have all the petition fun,  or did Strother get quid pro quo,  or was this just about the most stupid decision of Strother’s life,  or did Strother just do what the DA’s office (Abel) wanted like a rubber stamp,  in which case why do we need Judges?

Who knows,  no journalist in the city has the nads to ask.

If we had ONE journalist in this town,  we wouldn’t NEED the FBI.