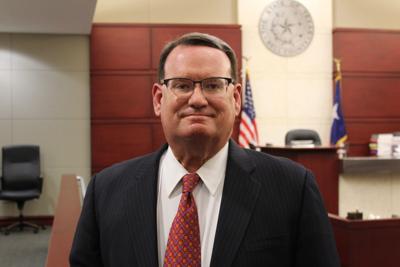 Ohmygawd,  he’s not from here!  How on earth will Nelson Barnes know who is and isn’t a favorite person contributor or one of the perpetual “in” crowd of lawyers?  That damned outsider,  Barry Johnson,  who had the nerve to move to Dallas and then come back and run against our own homegrown Abel Reyna who has NEVER left town.  Nope not a once.

Nelson Barnes also looks way too mature to fall for “loyalty” first as the nubile baby DA’s with no sense just attitude did for Abel, blindly.  Well,  maybe not so blindly,  look at what happened to those who refused to go along with what their conscience and character couldn’t do.  Fired.

Barry Johnson brings to the table maturity,  common sense, and a sense of the real world not just the vacuum we have grown used to at the Courthouse.  Barry knows that each and every case is different and that justice should demand continuity,  for all,  sameness,  not just for the rich or those who contributed to his candidacy.

Barry probably has figured out he has to be his own man after getting stuck with cases that should already be disposed of by his fellow Republican officeholders who don’t mind abandoning any appearance of fairness.  Judge Strother,  pass it on,  Judge Matt Johnson,  pass it on,  and let’s not forget our Sheriff who can’t seem to solve a case of phone threats in eight months knowing Barry Johnson himself was one of the twelve or so people who GOT the phone threats.  Great.

Various law offices and courthouse offices have been implicated by address in information from AT&T and other phone carriers but it seems Sheriff is too busy saving young people from trafficking than old people from being threatened by other old people in the same town.

One thing’s for sure,  this should raise the Bar of the BAR in this county.  Never have so many lawyers made a living from so very little.  Instead of helping their clients or doing any work,  these lawyers “groom” their clients it would appear for bribes.

Barry Johnson will give back the level playing field citizens deserve and so do victims.  Barry Johnson is not eaten up with “Daddy Issues” and over emotional.  Barry Johnson is a lawyer and a man obviously smart and savvy enough to hire a 52 year old first assistant who doesn’t look the rubber stamp type to me.

I believe everyone will get a fair shake and a fair shot.  I believe McLennan County Justice will start over with Barry Johnson.

Hopefully,  Johnson’s victory will give heart and ambition to others who will run in the next elections against Judges who have gone too far and a Sheriff who can’t solve a bribery and phone harassment case in NINE MONTHS.

We need real office holders with real hearts,  not just show ponies who need to go to the house.

Abel, and everyone at the courthouse should be totally ashamed of 2018,  where NOTHING happened,  money was spent,  nothing was solved and people’s lives are ruined for another year thanks to Narcissism,  self protection,  and just,  plain violations of the chicken shit law by Strother,  Johnson, Judge Vik, and McNamara.

What kind of level of trust you recon these old farts deserve from Barry Johnson?

One thought on “BARRY JOHNSON MAKES HIS MOVE”