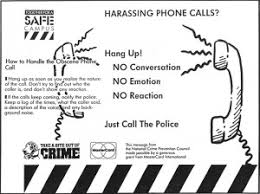 If you or a loved one has been getting incredibly boring and stupid,  yet harassing phone messages that aren’t funny,  just pesky and meant to distract,  please join with me in going to see the McLennan County Sheriff’s department next week WITH your phone and all your messages documented for a Complaint against whomever this bad comedian is and your new Civil Class Action Lawsuit against the phone carrier who sold this device and cloak of secrecy to whomever this is.
I don’t care who it is.  It’s just not funny.  It is meant to distract yet for others it has struck fear into their hearts because it has gone on since March 26th. when the first batch were turned over to the Sheriff’s department.
It took a lot for Harry’s friend to go to the Sheriff’s department,  you can’t imagine.  I figure most of you know who it is anyway but since March he has gotten phone calls,  messages,  and more.  This crazy whatever that’s going on with messaging is just being endured by people waiting on Sheriff Parnell McNamara.  Remember the first batch of messages and photos went to SO March 26th.
Harry’s friend’s been put through a lot with the messaging and the recent jerking up of his case by a lawyer I can’t get him to fire.  Crook or idiot,  we’ll pick him apart later.
Now,  our Messenger has branched out and other people can prop up one another and take their cell phones to the Sheriff’s Department next week.
Harry’s getting messages every day and is worth a fortune already.  Are you?
Look up the law,  look up this case,  you are being called by a huge cloak and dagger company.
Harry’s  no one alone.  Obviously,  Harry’s friend,  who is actually pretty close to Parnell McNamara, can’t do this alone.
If we do not act now,  when?
When did we give up the right to question?
H
https://www.telecompetitor.com/att-asks-fcc-to-take-action-on-nefarious-inter-carrier-compensation-practices/