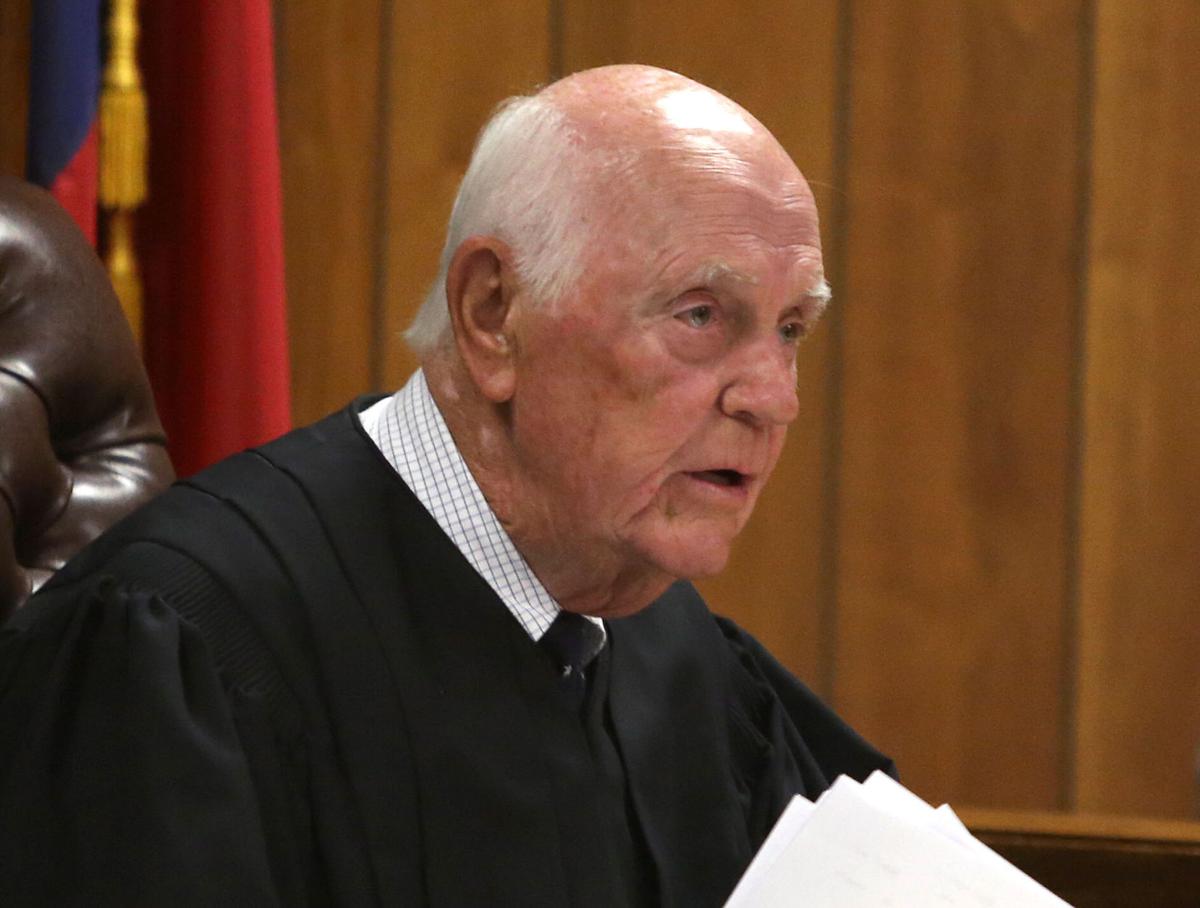 Nov 20, 2017 – You’re done,” Shaver said to Julissa West, the former personal assistant to … Broden was trying to establish that Reyna is the subject of an FBI …

Greg Davis is brave,  he quit the DA’s office,  Joe Layman is brave,  he’s a lawyer ,  so is Brittany Scaramucci who needs to move back to town and run against some Judge, and Julissa West just had me in the Rotunda by 54th. the first time she was on KWTX with Broden.

These people along with others went to see an FBI agent named Daniel Brust in Austin, Texas, and they told him their stories about what was happening at the DA’s office and how they QUIT rather than do what they were asked to do or overlook something that offended their sensibilities and/or conscience.  In Julissa’s case Abel Reyna fired her for standing up to him.

There are more brave people than that,   can’t remember who they all are and you have probably never heard of them.

Why?  Because of our Judges.  This Judge,  Judge Doug Shaver,  also called the “Sleeping Judge”  seem to just fall into a corruption slot vacated by the last Judge and carried like an Olympic torch.  Sure,  it’s the same Judge Doug Shaver that chastised Abel Reyna the day before the election and told him that “He (the Judge) had seen Abel’s FACEBOOK and needed to take it down.”   This guy has never seen FACEBOOK,  he has a land line bet you anything.  They give and take just to confuse you,  like these ignorant messages and photos.

November 20, 2017 Julissa West was set to testify and tell the truth about our elected District Attorney, Abel Reyna.

One cannot remember all the Recusals or different names of different Judges during TWIN PEAKS, looking back it was and is a total clusterfuck dropped on Barry Johnson.  Well,  he can handle it at least.  Since our Judges and DA can’t or won’t and just keep spinning the same wheels on and on until NEXT YEAR.

In the real world,  Judge Shaver,  decided to try to humiliate a fine woman,  a brave person who didn’t have to be there, in Julissa West.  Everyone was poised to see Clint Broden take her through direct testimony.

Instead,  in this shadow world,  we have THIS Judge Shaver,  tell Julissa West, “You’re done.”

Now Julissa West is enduring stupid texts from who knows who practically daily along with Harry,  Harry’s friend, and the nameless.

We know one person is Felipe Reyna.  So  Felipe Reyna,  the former Texas Appellate Court Justice, who brilliantly wrote OPINIONS,  is now batshit crazy,  writing gibberish, and sending pictures of stded genitals to people in hopes of an insanity defense to what he now knows is coming,  has sent this crazy messaging to Julissa West.

Julissa West went to the FBI and talked to FBI agent, Daniel Brust.

Julissa West was put on the stand in 2017 by one of the two smartest lawyers in the State of Texas,  Clint Broden,  only to have an old Judge say to her and him,  “You’re done.”

Isn’t this threatening a Federal Witness?   Is on tv.

I have to say television because obviously,  I’m being misinformed somewhere in a legal justice system where Judge Vik can look stunned that anyone would object to a plea of 180 days to do on weekends,  no probation officer.  These Judges play their part very well.

So,  Parnell McNamara rode in the parade in July and protected Julissa West from Felipe in case he came on his scooter to the event in McGregor,  and it certainly looks like FELIPE REYNA is calling people.

FACT:  Felipe Reyna has actually called and talked to people.  Yes,  it’s him.

Felipe Reyna threatens to go ruin Julissa West’s Destiny Matters event and nothing happens.  Well,  Parnell protects Julissa by riding in the parade,  Reyna still out there.  In television world the Sheriff would have had a word with Felipe,  but Harry’s out of touch.

Julissa is a Federal witness being terrorized by the father of our DA.  What the hell else is going on here?

So,  I don’t really care the EXACT number of DWI’s and mayhem Sherre Johnston has.

I care that I live in a place where a Judge comes from out of town and tells Julissa West,  she’s “done.”  A newspaper that doesn’t go nuts when a Judge stops the truth from coming out,  but THIS is how we live now.

There is no special treatment in the McLennan County Justice system,  people are getting the same blind Justice and fairness that they always have and deserved.

Harry wonders if we don’t all get together and ask questions of people who count,  because HARRY DOES NOT COUNT,  are you nuts?  Harry is a piss hole in the snow but doesn’t care what you think.  Doesn’t care if you read the blog or not,  140,000 people have so far this year and Harry was happy when it was 450.

If I get something wrong,  if I get fooled,  I admit it.

You  have time to dummy up Sherre flyers,  good for you.

There’s grackel poop all over this thing.  Harry sure as hell doesn’t know what is going on here but there certainly is something.  Still getting texts from Intelliquent numbers today  in real time.  Not posting them,  bored.

If I call the Sheriff’s department,  and I have several times,  I won’t be asking them about whether or not Sherre Johnston has threatened Rissa Shaw.  I’ll be asking who is calling and texting Julissa,  my friend,  and others.

Is this the same mentality that thinks “God gave me the money?”

Frightening.  It’s the hypocrisy,  and the injustice,  the inequality.

Harry Storm is happy,  free not to care what you think or do or say,  happy to not have anyone that the “System” can f*ck with in this town.  Harry doesn’t get hurt anymore,  for those people out there who have kids or parents or loved ones on drugs you know that after losing someone to drugs, even if they come back,   you never care about anything anymore every much.

The suffering women who visit the jails are much more interesting,  Harry has met them in bus stations and in the waiting rooms of the jail on Hwy 6.  People who have to pay $50 for a phone card they might use one time.  Harry is sick of the DA mantra,  “Five years to do, five years to do.”

Watch your friend’s faces,  bank accounts and lives fade and pale fighting what is a National Epidemic,  not to mention we have a suicide pod in McGregor, Texas Julissa West is fighting.

Harry is happy because he doesn’t care if he wins and wonders why people even think about it.  After all in 1987 he clerked and won a RICO case, the defendant was someone Harry loved.  Harry thought that “not guilty” verdict meant something until he got home. Lots of things are not for sure,  however,  some are.

#1.  Russ Hunt was Right –  I had to apologize to Russ Hunt,  he said David Spence didn’t do it and tried to tell me things,  instead I was just ugly to him (for 20 years).

#2.  The public has a right to know what is going on with its citizens.  Barry Johnson,  our newly elected DA has gotten these texts.  He got one om March 25th.

#3.  The FBI and the Sheriff’s department need to get together and SHARE THEIR INFORMATION because people are getting stupid and boring texts on a daily basis,  the public,  or,  at least the Harry readers now know and there are questions that glaringly need to be answer.

Harry’s tired of being treated like he’s stupid.  20% of the people here who voted and beat Abel Reyna March 3rd., have questions.  Many questions and it’s time Abel Reyna,   Sheriff McNamara,  the FBI, and others answer these questions instead of being insulted that someone asked.