Here is a hyperlink to the Offense Reports from the evening of 11/13/2013 there are many reports but one thing everyone agrees on is the above statement from Sherre Johnston and,  since this is 2017,  four years later,  it would seem she was correct.

Harry thinks that everyone should have an “equal playing field”,  we don’t mean to “pick” on Sherre Johnston,  however,  she has that “get out of jail free” card and uses it constantly while others go to TDC for much less.

Yes,  Sherre probably needs “help”,  FIVE DWI’s,  possession of a controlled substance,  illegally carrying a weapon,  which bothers Harry a lot.  Gatesville is a lovely Women’s Prison and might just be where Ms. Johnston needs to go for a “time out”.  Perhaps learning some practical things such as doing hair,  nails, and brows,  might help her out of Denial.  She thinks she did nothing wrong because she’s    herself.

In fact,  she’s so into her ego she actually wanted to meet with Harry.  Harry doesn’t think Sherre goes anywhere without Truman Simons.  They need to talk to other folks instead of just to one another.   Don’t feel too sorry for Sherre either,  she has destroyed marriges, and many lives in her wake.  No regrets either.  Ask Boyd.

Whatever your case or your loved one’s case,  Justice in Waco depends on who you are, and who you can blackmail with your sexuality and what you know.  Remember this is the woman who BURGLARIZED the Sheriff’s house.

The menfolk,  Abel,  Parnell, Truman,   pitied husband,  John, can’t control her.  Notice how the men disrespect John Johnston just like his wife does.  Wow,  what a club we have here.

This is Public Information:       Click on Dropbox link below 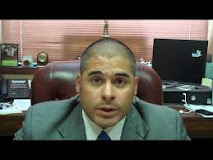 DENIAL?   A recent photo of Sherre Johnston and John Johnston,  her husband.

Harry,  well,  Harry would have slapped a bitch by now for the Truman love letter much less the 911 call,  but Harry’s not        this kind of Christian.

Right now,  he’s not.  He wants justice and wants to know what the hell is up.

I want what HE’s on.

4 thoughts on ““Abel Reyna is my best friend and nothing will happen to me”, Sherre Johnston 11/13/2013 to Cameron Thompson via Public Information”