We have laughed out of office Abel Reyna and soon, “The Venerable” Ralph Strother will be just too damned old to stay, thank goodness.  Felton can’t last forever with that big gut and red face which leaves us with Parnell McNamara.

We have played and toyed with Sheriff McNamara for a year and a half and it’s just, plain, boring already, everyone knows everything and “The Emperor’s New Clothes” thing is just getting pitiful around here.

Face it, it’s Texas.  We are hospitable and don’t tell people when the hell to go home.  Usually.  We do it nice.

It’s like when you get an invitation to a “Renewal of Marriage Vows”,  that means “someone’s going to die”, we all know it, it’s Texas, we make nice.

Dying in office is like dying in bed with the Fire Chief’s wife, the menfolk think it’s cool, the women folk, not so much.  It’s a man v woman thing.

The old folks of Waco think Parnell deserves to hang in there no matter how stupid it all has gotten, not to mention the Civil Cases yet to come and the fact that neither Abel Reyna nor Parnell McNamara can make it through ONE DEPOSITION.  ONE.

Red Faced County Judge Felton and the others know it’s coming, hell, Attorney Don Tittle hit McLennan County and McNamara for $2M when Parnell fired two deputies.  Paid them off.  So, at a mil apiece for a fired deputy, think how much 138 bikers are worth. Not to mention nine dead folk.

OH, let’s not forget the big bucks and explanations we are owed from Judge Scott Felton who along with LaSalle Corrections RUNS the jail where people die and the county gets sued over and over again, while LaSalle just keeps on keeping on despite the fact the Jail standards commission has FAILED the jail three times.  Hmmm.  Kickbacks to Felton?  Makes you wonder.

Felton also is the one who took up the cross against the bikers, in a speech at some club, on youtube Felton goes on and on about how dangerous the bikers are and that they’re going to save us from the thundering hoardes.  Right?  That didn’t work out either and when the county tries to DUMP ABEL for “acting beyond the scope”, any lawyer worth a damn will cite Felton agreeing with Reyna on YOUTUBE.

They think everyone is stupid.

They insult the intelligence of every voter, every victim, every taxpayer and everyone in the entire county with the ancient b.s.  They need to go the hell home.  Retire already.

That said,  I’m mad as hell and I’m not going to take it anymore.

If a picture is worth a thousand words….

I AM NOT AN EXTRA IN YOUR MOVIE OF LIFE

I AM OLD BUT DEFINITELY NOT STUPID AND I HAVE WAY MORE BALLS THAN YOU. 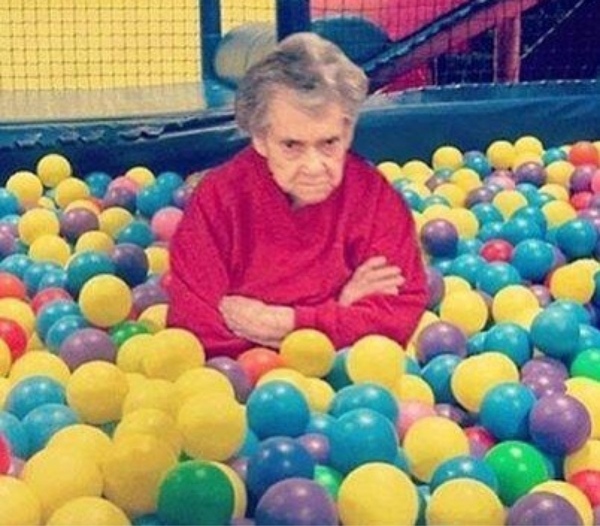 There are a few rules of every game,  here’s mine.

Harry’s world is small.  Harry culls for a number of things,  let’s see if you and I have a few things in common in our world.  Let’s try and make sense of real life.  No great Civilization was brought down by ONE single thing,  it takes a number of them and Waco,  is a micro cosmos of a lot of small factors,  that together team up to just piss you off, but a lot are at the root of “what’s wrong with this place?”

#1.  Drunks:  You’re having trouble making it,  you hate your spouse, you hate your job, you have debts, you think of killing yourself,  you think you are brilliant but you are misunderstood and everyone is wrong.  You take meds along WITH the alcohol and have hit a nut hut or some emergency experience in the past ten years.  If you are a drunk I take nothing you say seriously and see 1A.

1A.  Cop Trouble:  You bring me cop trouble or you have gotten into some cop trouble I probably am going to not like you.  I’m not nice but I don’t bring cops to your door.  If you have cop trouble you have public records,  get over yourself,  remember the mug shot?  That’s a picture.

If you have gotten your face on the front page or are well known for some shenanigans,  I know I am,  then you are fair game.  If you have no sense of humor at all and can’t laugh at crazy shit you did,  you’re an asshole,  or,  more than likely the most dreaded,  probably equal to #1.

#2.  The Angry Dry Drunk.  So overlooked at the meeting.  So boring and self absorbed in real life.  The family waits 100 years for your sobriety, then, you’re sober and a total asshole.  For some reason you’re a shit angry driver and no one wants to go on a trip with your ass either.  This one’s a bitch.  You’re shaking your head up and down,  “Yes”,  because you’re happy they stopped the whatever but THIS is not the bullshit you wanted,  either they’re a Jeezus folk now or God gives them money because they repented and you’re broke because you’re a heathen.  Welcome to God’s country.

#3.  Me.  If you have made it to television,  if there is an episode of your life that is well known or on youtube,  like “I wish I was in Dixie”,  “Anchors Away”, or other wild love stories gone bad in the hay barn you’re fair game,  now there’s the Internet,  it’s only funny because you think you’re better than anyone else and that other people care about your version of “going to hell”,  or “bad person”,   or,  better yet “Toxic”.  Fuck you.  If you have been unfortunate to get yourself photographed by the digital clocks at the Rub and Tub,  I’m sorry,  I have a long memory and I am perched for this one.  Look,  it’s only funny because you’re a hypocrite,  please get someone to explain that to you.

#4.  The lesson.  The lesson is being a hypocrite and not just saying,  “Man,  I fucked up”,   or “I was abducted by aliens”,  anything not starting with the word,  “You”,  because “You”,  or better yet,  me,  didn’t do it.  Much less for some craziness or addiction spanning over twenty years,  nope.

#5. Sense of humor.  How the fuck can anyone live in Waco and not have a sense of humor?  If you do not share my sense of humor,  don’t read the shit.  For those who live here,see the incredible hypocrisy and laugh their asses off at the “Emperor’s New Clothes” on parade,  here we are.  The Angry Dry drunks just don’t have a sense of humor either,  before you say “You”,  better answer the question,  “Who the fuck do you think you are”?

#6. You can’t hurt me because I saw your mug shot.  Even my “nutcase” ass doesn’t have one of those.

#7 Do your crazy shit out of town. The raid at the Rub and Tug is kind of stupid,  no one really cares,  shame the girl was SIXTEEN and had to call ICE.  It’s the hypocrisy,  please look it up,  or look in the mirror.  Please someone in the 150 plus guys,  make some cool joke out of it.  It’s being a big ole Baptist/Catholic/Methodist/ whatever “Thumper” you think you are,  you are human and you don’t see it,  what’s worse,  you get pissed off that we do.  You basically think everyone is butt stupid around here and it disappoints your dumbass to figure it out.  People think snapping pictures of you in public is funny because you’re a hypocrite.  It’s now hypocrite fair game and sport time.  Face it.

3 thoughts on ““AS YOU DON’T LIKE IT” HARRY STORM”