………..and one very, very big stretch of the imagination even for Harry.

Not one thing has ever brought down a civilization, many, many factors that are not even known until sometimes centuries later.

Some interesting things that will factor this election are:

#1 The relationship in numbers of Latina women turning 18 and registering to vote vs. the deaths of the Baby Boomer males. BEFORE Covid this silent Trump killer was already in place, now the number of Baby Boomer fat, red, drinkers dying is way up there. The Latina females, hell, they’re taking care of the dying Baby Boomer males and NOT voting for Trump. No.

Caveat, you don’t like my research, go do your own because I actually do do the research and you can’t even name me the Presidents so bug off or quit reading.

#2 Florida. Aaah, Florida, how they loved Trump before but Floridians are fickle and not bright, if you remember the Al Gore race where ole Jeb Bush was Governor and the old folks didn’t know how to mark a “chad” on the ballot, you know Florida can fk the whole thing up. Not this time. Florida will be in by about 7:45 and they will go for Biden not Trump.

#3 The second stimulus. If Trump had a brain he’dve gotten that check out with his name on it again and created some gawddamned gratitude up in there. He didn’t. He held it over our heads like a carrot over a gold toilet at Mar Lago. Bigass mistake that one.

#5 Louis Farrakan. Who? Nation of Islam, the most frightening black man in America. Nation of Islam has over SIXTY mosques in the Dallas area, if you look at ANY footage of voting in Dallas, and Houston, plus, you’ll see lines of amazingly well dressed, white shirt, dark suit, short hair, well mannered, extremely so, men not fking with their cell phones or anything else, just standing there waiting to vote. They have been missing, now, in the words of Caroleanne’s tv from Poltergeist, THEY’RE BACK. They got numbers too. Between them, the black coalitions, the Latinas and women who are just sick of Narcissists, Texas will go blue.

#6 Crawling flesh. Trump makes my flesh crawl. CRAWL. I have only been around a few made up, bleached haired, extremely spray tanned, and badly, men, maybe three. Trump is a creep. He ages out his wives, sleeps with porn stars without a condom yet is a germphobe, embarrasses himself and others, notice his own wife won’t go with him on this campaign shit train thing, “aaah, Covid”, right, no, she’s had enough of his shit. Trump makes women’s flesh crawl, it’s a mechanism women have that makes them move their leg just as Uncle Henry is about to put his hand on it.

This President has been for the rich. This President has made it possible for rich families to finally get rid of their Patriarch without much fanfare, package him or her off without a big funeral, and inherit the farm without having to pay any big inheritance taxes, after all, you are Mr. ____________IV, yes, the fourth. That’s how “Legacy” works, Trust Fund babies abound and they don’t want to pay, that Trump only paid $750 in taxes, they think is cute. It’s not.

Anyway, get your Scotch out fellahs, your going to lose your asses on Tuesday night. Trump will lose and lose BIGTIME. Then he can get mad, throw a fit, and really fuck EVERYTHING until someone moves his fat ass out of the White House, believe me, Melania and everyone else will already be gone.

When Florida comes in, it’s fkng over, get over it.

Trump was the President for the Privileged Few.

Biden will at the very least be a President for all of America.

Whatever you good ole boys have to do to get over this, please stay home and make your families miserable, don’t take it on the road, we have endured enough, some of us put up with George Bush Jr and stayed silent so we will expect you to grow up and do the same. 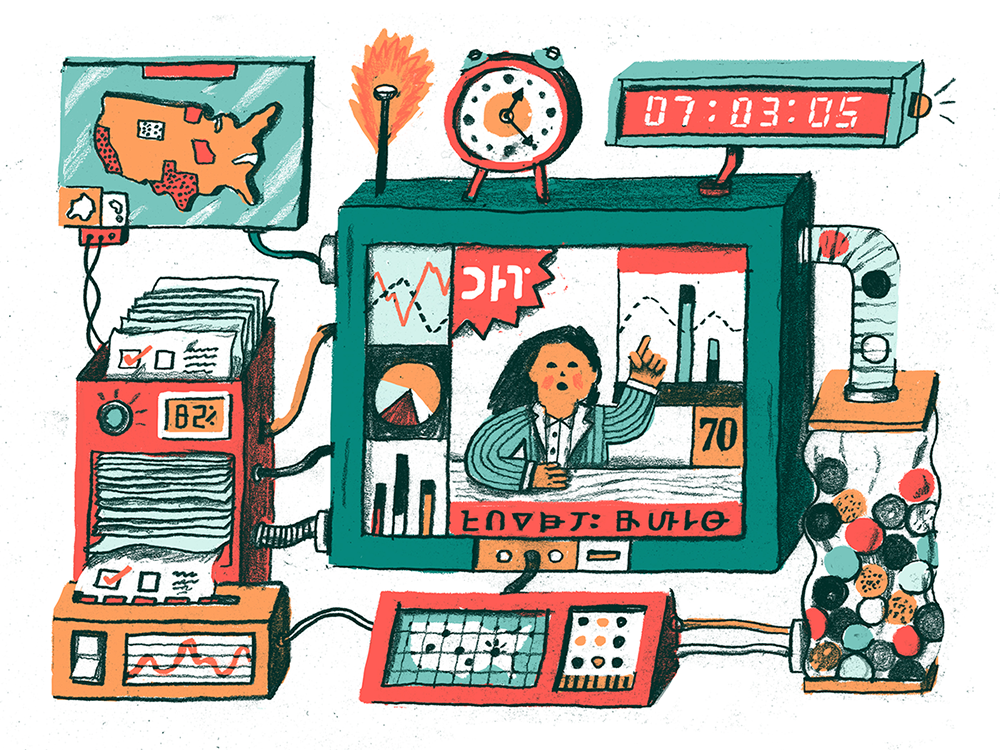 When To Expect Election Results In Every State

A complete guide to poll closing times, vote counting and races to watch on election night 2020

By Nathaniel Rakich and Elena Mejía

There’s a good chance we won’t know who won the presidential election on election night. More people than ever are voting by mail this year due to the pandemic, and mail ballots take longer to count than ballots cast at polling places. But because each state has its own rules for how votes are counted and reported, some will report results sooner than others. Those disparate rules may also make initial returns misleading: The margins in some states may shift toward Democrats as mail ballots (which are overwhelmingly cast by Democrats) are counted, while states that release mail ballots first may experience a shift toward Republicans as Election Day votes are tallied.

Here’s a general picture of how much of the vote we expect to be counted on election night in all 50 states and Washington, D.C. If you click on a given state, it’ll take you to a more detailed description of when to expect results and whether to expect a red or blue shift in the vote count.

How much of the vote is expected to be counted on election night?