The night I met my future husband, I was with Ninfa Romanenko, the sister of Lillie Hefele. When Vic became DA I didn’t have to BEG him to look into the brutal murder of my friend. He did it. He did all he could. The problem was lazy cops and Waco saying she was killed in Ft. Worth, Ft. Worth saying she was killed here. Basically, the killers were smarter than the cops and the cops were just downright lazy. NOW, after years of hating one another the two of us lost our son together. Our only beautiful son.

Do you really think we will stop trying to solve the Hefele case?

“Good luck on your girlfriend’s murder, mom”, Greg told me the last time I saw him. 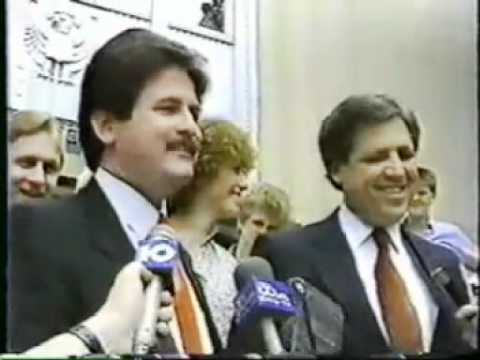 Vic lets the cat out of the bag about what’s happening in the Lillie Hefele case.

Well, well, it’s time for the Entitled and Wanting More of Waco to realize that just because some son of a bi*ch has had big bucks for 40 years, AND now gambling is somewhat legal, AND if only we could connect law enforcement WITH an up through the ranks, (and how) of the gambling world of old, we could make enough money that our degenerate kids couldn’t possibly go through it all. Besides, these old excitement addicts who just can’t get a house big enough or puff enough to be the biggest frog in oh, the smallest, most f-uped pond in Texas, or just the most evil of late.

Well, since the State of Texas saw fit to just GIVE gambling to the Counties, AND the Sheriff’s department, it’s a true recipe for trouble. Better yet, just a continuation of an age old corruption chain. Problem is, this one just a bit more expensive.

A tiny woman is found dead inside a car, she has been shot by a high powered bullet in the chest, she is so tiny she is almost blown in  half, there is NO BLOOD in the car.

She is found in Ft. Worth, she is from Waco. What would this crime scene of one sentence tell you?

It tells me she was not killed where she was found.

In February of this year Paul Gately and KWTX did a story about Lillie Hefele, the link is below. Paul interviews our Sheriff and he also interviews Sheriff’s Deputy Steve January.

Keep in mind the Sheriff’s COLD CASE SQUAD has the case.  They have had it since 2017 when I took it to them. They want to deny this, however, Sheriff’s Deputy David Johnson interviewed witnesses in 2017 so even though they now say that Deputy Johnson is “not a member of the Cold Case Squad”, it happened thus proving they’ve had it since 2017.

Captain January in the KWTX segment says, “She was killed here and we think we know where”,  you can watch it or take my word for it.

Sheriff Parnell McNamara in the KWTX segment says, “She was killed there.”

Well, you know folks like to say that Mike Mc was the brains and Parnell was just the good looking one and it’s time like these one has to think that maybe, just maybe that is true because ANYONE with a brain and just the no blood facts, and NO they don’t have a crime scene,  wouldn’t commit to saying something so obviously ludicrous.

I was a witness. I was friends with Lillie Hefele, I know who did this, EVERYONE does. The murderers, it was a two person crime, were protected then and they are being protected NOW. Sheriff and his COLD CASE WONDERS who solved Beth Bramlett’s case, with the help  of Truman Simons, in about a year. NOW they don’t want anyone’s help, oh, hell no. They won’t even interview the witnesses.

It’s taken quite a while for people to believe and see that our Sheriff has, truly, gone over to the dark side. Let’s get real here. Johnny Ash is a known gambler and he is a few years younger than the Sheriff and they’ve known one another for 100 years. Everyone knows Ash does sports gambling. Get real here. His brother is a bail bondsmen, another now highly respected occupation among the greedy who’s who of wacko who used to laugh at one car lot owner for “making his fortune off the backs of the poor”. Well, we now are willing to make a fortune off poor people and 8 liners. Johnny Ash is now numero Uno on the Sheriff’s party invitation at the home of one Clifton Robinson and yet, now, in the months that have followed, a small embarrassment problem as it would seem DNA can prove WHO the killer is and there is a cigar.

See these folks will do anything for a buck, they like to laugh at me, and I’m mad that their little friend just might have put a cigar OUT on my dead girlfriend. Silly heartless me. You can give all the monies you want to charities but we all see through that bullsh*t and soon, everyone else will too.

There are “materials” at the DPS lab that are being run, they must be run there first and then a subpoena is sent to Ancestry or one of the DNA family databases for the familial DNA.

It’s bigger than Parnell now, it has a life of its own, Parnell cannot stop it from culminating in the name of the murderer.

You and I both know it won’t be a surprise.

Ask your Sheriff about Hefele, if you can find him.