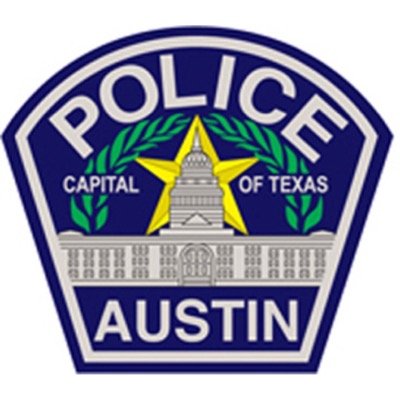 Could it happen here? Ohhellno. Everyone is too entrenched and in love with one another and “the Brotherhood”. Everyone is married up, cousined up, covered up, and the “tacit approval” of one another’s terrible, complicit, whatever is just a-otay, see you in Las Vegas for the Law Enforcement Convention history. Change here will take a lot of old men dying without heirs that are male.

Austin, Texas has become the latest city to begin the process of fundamentally transforming its police force on Thursday. As KUT reports, city council members voted unanimously on four items related to the Austin Police Department’s $400 million budget, which will include diverting roughly one-quarter of the funds to social services as well as banning the use of some potentially deadly practices.

Don’t worry for Austin much they have a 400 million dollar budget and are just going to have to do without bells and whistles. McLennan county has three helicopters? Stuff like that. Stuff like the riot vehicles and pathfinders and stuff they keep around just in case and once in a while drag out to kill our own people. Much like the “thrill cam” and everything on earth except an ambulance or fire truck at TWIN PEAKS.

They investigate themselves from the inside with NO outside person there at all. Internal Affairs, ohmygawd, same for doctors, same for lawyers, and you wonder why things have gone to total almighty hell.

You can’t have these organizations police and investigate themselves. It would keep them honest, and they just can’t do that anymore.

Look at the Catholic Church, it investigated itself, worked out well, didn’t it.

Defunding the police might soon mean making them transparent. GOD HELP US. They’ll scream like little girls over that.

See they can’t tell YOU things. WHY because they’re protecting you by keeping the knowledge etc. to themselves, you total fool, you.

In the meantime they will continue to ruin lives of those they go after for no reason and those who are victims of those they are just too damned lazy to write up and get off the street that ultimately wind up stabbing a guy to death.

THEY are more concerned with protecting pi** drip millions coming in on 8 liners, which were pretty necessary during the lockdown if you saw the parking lots, and getting on tv for rescuing girls because Antioch Church got them to do it.

Austin at least had mental health police and when your loved one fritzed out they came and made things BETTER. BETTER, not worse. They actually liked themselves and what they were doing. In Waco you have a person on the cusp of retirement who is so overweight and jaded they are horrible to people. Unless you’re Seth Sutton, I must ad that one law enforcement saved two lawyers from killing another one.

Defund the police? Defund the toys first. Defund the trips. Defund the fun trips between deputy couples called, “continuing education” in Florida. Love the pictures by the way.

Austin also had weight control for their officers, also, a gymnasium, you got stopped by one of them, they were impressive. Here, they’re fat, huffy, and mean.

I’m sure some are good. I am forced to say that. One is not “good” when you let your friends get you to do something bad, or ignore it. Once again I will invoke Seth Sutton.