Hmmm, after being awake three days, I really want to coke talk a Waco PD undercover narc and have him join my wannabee motorcycle club.

The application for adopting a cat from FUZZY FRIENDS seems to be more probing than the standards for Seth Sutton’s Mice with Lipstick or some such name Motorcycle Club. Seems a well meaning club member found another friend and enlisted him to join the Club which he did. Unfortunately, this friend was an undercover narc cop from the Waco PD.

Note: This club had what, maybe six members, Sutton’s motorcycle to me looked like something that would be going around neighborhoods selling Dreamsicles and other ice cream novelties, hell, it was WHITE and not very imposing whatsoever. Kind of like motorcycle “light”, near beer or something.

So, a lot of blow is going down. BLOW, Caroleanne, snow, cocaine, one mean mistress, she will take you down in a weekend, and, it seems she did. So Sutton and Tijerina get it in for Tijerina’s ex and decide to “have him killed”, and they have timelines and instructions, plus going to the trouble of making sure that the guy is found dead in his own home.

Dead in his own home, and frankly embarrassed to have been killed by these idiots and a $300 dollar gun. Sorry, I can’t get over the cheapness of this. Killed by a cheap Walmart Taurus, at least cap the guy with a pawn shop Ruger.

Seems everyone was coked up out of their collective minds, and when the money exchanged hands for the gun, WHAM, that made it real.

Ain’t gonna be any heading to LaHacienda and, “I’m sorry” here, ain’t going to be any second chance, you better believe they’ve got coke talk on tapes. If any of you have ever had to endure listening to someone on cocaine, you know that these tapes will last at least six hours with a lot of cocaine bravado.

Much like Gregory Peck of the old movies, Sutton was somewhat a character out of “To Kill a Mockingbird”, at least, to me, the only time I ever saw him was dressed in a seersucker suit with a bow tie in the courthouse. People have always described him as an “actor”  first from his stints in theater.

The Sutton camp, his partners who must be very surprised, is very quiet, probably wondering wtf to do, if anything.

One thing’s for sure, Sutton will be going up against Matt Johnson, who it is safe to say has no use for Seth Sutton or much anyone else who wasn’t born here, had a daddy who was another big frog in small pond with power over your life, and has a bad temper, red face, and a suspected prostate big as Dallas.

Oh, hell no, and since Sutton put the money where his mouth was, Johnson doesn’t have to. Recusal? Wanna make a bet on that one?

If you felt a cold chilly wind last week around the time of Sutton’s arrest, that would be his biker club members and friends running around trying to figure out which one of them had been the accidental Judas goat that brought in an undercover narc. 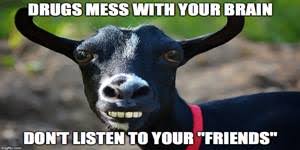 Sadly, this will not have a happy ending.

Blow will make you stupid and talk sh*t and hire a hitman who’s a cop.

Let’s see how that Bail Reduction works out.

Urgh, going to be hard to watch the carnage but when you’re stupid or fked up enough to do enough blow to hire a Waco PD cop for a hitman, we may not feel so sorry for you in future weeks.

Urgh. Been through similar. No fun, even when you win, you lose.