Retired Texas Appellate Court Justice Felipe Reyna and Sherre Johnston in good times, before Abel lost the election.  This photo is from FACEBOOK where Sherre proudly posted it and others to tell the world her status while the Sheriff just looked the other way,  Felipe too, drunk, started making phone calls from his own phone number AND REYNA WHOLESALE BEADS.

See, Sheriff is stuck with ole Sherre JW.  Yep.  Her love affair with his now deceased brother, Mike McNamara, lasted more years than most marriages.  She was also big buds with Abel. BIG BUDS.  Big enough to manage not to have to pay for any offenses like the rest of us, and in the case of a lot of us, well, we’ve been victims of phone calls and mayhem ole Sheriff dubs “spoofing.”

Abel’s friends never thought he’d lose and so they flaunted their get out of jail status. 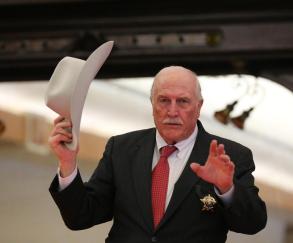 Sheriff Buddy  wouldn’t ASK him to stop.  Nothing.  Nada.  Ask yourself why.

Pictures don’t lie, the buddy system corruption/favoritism was a well oiled machine, had been for years.  Besides, everyone was having a good time. 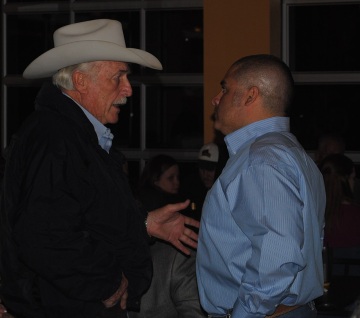 Flying around on a plane owned by the company that later would wind up employing him is Abel.  Wes Waller, well, he’s going to help Parnell get elected now, the beat just goes on.

Let’s fly to Memphis and NOT report this as a non monetary gift on our Campaign Finance Report. 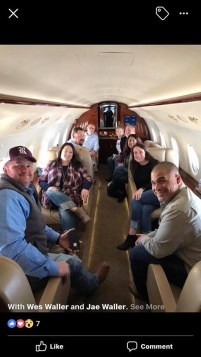 HERE IS A “comment” TO ME FROM Sherre Johnston,  clever girl, but why not, she shacks up with law enforcement and learned how to jusuuustttt barely keep it legal and not threatening.  Yes, it’s a threat.

No reply? Yes. I have A LOT on you . I won’t play this insane game with you . This is all YOU. YOU are the narcissist. How are you helping the bikers Berni? How does this help the bikers? This is about your own insane vindeta . Yes, I own a lot of guns, and I’m a good shot. I taught my kids how to shoot. That’s my right as an American to protect myself . That’s ONE thing that I don’t have to apologize for . 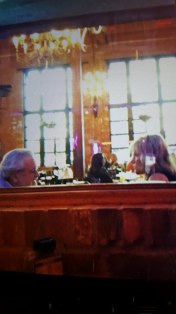 Truman Simons Private Detective, former Lake Waco Hero, with Sherre Johnston in the BAR at Ninfas.  Truman usually picked her up at home, since the DWI’s she couldn’t drive.  She has/had HER OWN private detective license, under his name.  However, no license to carry a gun,  of course, she had an “unlawful carry” charge but it disappeared thanks to Danielle London and her respect for Sherre’s “PTSD”, don’t mess with Harry, he was there in the Courtroom for that b.s.  Danielle London the best defense attorney in the room.  Sorry Ray Black.

This is Danielle London, obviously “drank the kool-aid” Abel was pouring out about Sherre J having “ptsd”,  in a discussion with this writer, Ms. London was shocked when I asked WHY on earth they just dropped the gun charge.  Sherre J was charged with “illegally carrying” a weapon.  Danielle did a little dance and shuffle while Judge Vik looked on blankly.  When I asked Danielle London where the DWI’s from Williamson County went, she had no clue what I was talking about and couldn’t get out of there faster.  THIS is the DA’s office, under Abel,  you get a young, impressionable attorney, to believe that poor Sherre Johnston is a victim.  You get this person to go along with your scheme through manipulation.

Of course, Danielle should have looked up Sherre’s record for herself, and if she did she should be ashamed.  I doubt she did.  She certainly protected her view, I sent the whole thing to National MADD, they didn’t think it was very nice but….hey, Abel and Danielle did.

Danielle London, yes, lawyer.  Have YOU ever gotten to talk to the prosecutor?  Tell your ptsd story?  Oh, hell no…..yep,

To show off what and who she can do, we have her interesting photos posted on Facebook.  She has a gun.  She has a newspaper reporter and her own Truman Simons/lover of over twenty years Which Simons finally is forced to admit after lying in a previous court document.  Deposition below.

Imagine trying to represent Truman Simons as a witness on the stand after this. 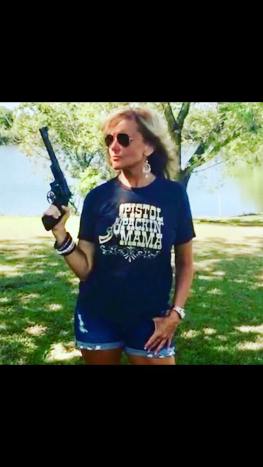 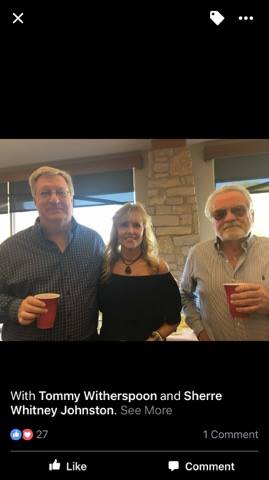 Sherre Johnston showing off one of her t-shirt line at Sironia in her Christian Boutique called “Ricochet”,  Sherre J with Tommy Witherspoon our dead inside Trib Reporter, and Truman Simons all together having a big time.

They all had free range, they loved it, got by with anything they wanted.