Never, ever, not once, never his fault, still bad loser talking lawyer code, thinks the public is stupid, surrounded by ass kissers STILL!!!

TODAY CAN YOU BELIEVE IT….TODAY!!!

“I absolutely disagree with the overall result as well as several statements and accusations within Mr. Johnson’s press release,” Reyna said. “However, it is solely his decision on how to proceed with any case in the district attorney’s office. I respect the fact that the voters of McLennan County chose Mr. Johnson to make these types of decisions.”

What a dick already.  He’s mad at the people for voting for Barry Johnson.  Thinks we can’t read between the lines.  If he thought the cases were so damned good why didn’t he try them?  If he thought they were so good,  WHY did Ralph Strother take the cases and throw them in to 2019 while Abel was still in office?  To save Abel’s a** on oh, so many things, bikers, Abel gave away the Baylor Rapist Case, Jason Anderson, Ralph did some “CYA” for Abel and signed off on it,  a practice well known from one to the other.  Probably don’t even have to SPEAK just tacitly fall into the crooked game.  Matt Johnson too.  How many recusal motions did we pay for last year?

Trying desperately to separate himself from Abel, Sheriff McNamara like a blonde cheerleader getting by on his looks.  He left the Country to separate himself from Abel and Abel’s campaign.  Can’t confront a damned thing, ignore it, hide and ignore it is his mantra.  Remember he refused to Debate his opponent Pat Swanton the last time, years ago BEFORE TWIN PEAKS,  so you know our Sheriff doesn’t answer questions NOW either.

John Kerr and Abel, let’s all yuck it up together and just smooch each other’s ego at lunch.  Gone are the days when Pat Beard, Bernard Rappaport, or Jim Mattox might call and ask you if you’ve “lost your damned mind.”

No,  now all we have is the love fest.

Unfortunately, out-of-towners don’t exactly see it the way some folks here in Waco do.  They hop around incensed and use words like “harebrained.”  Then they sue us.

So the entire Jake Carrizal trial was, hell, what was that?

Poor me,  they just don’t understand.  I have sacrificed and saved them all from these horrendous bikers and THIS is the thanks I get. 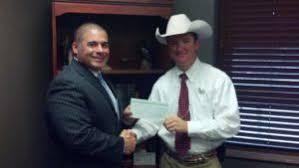 Recuse, not recused, put it off, go along to get along in the Clusterf*ck.

Abel alone, no MAN, no WOMAN, walking up to him and demanding accountability.  Left to swizzle in his own self pity, amazement, and invincibility.

Judge Ralph Strother of Waco’s 19th State District Court put a halt to all Twin Peaks proceedings in his courtroom after Reyna’s defeat, saying he wanted to give Johnson a chance to come in and evaluate the cases.

“I’m not shedding any tears today that all of this is finally over,” Strother said of the Twin Peaks criminal saga.

That’s exactly how I feel about his retirement.