Harry says,  “riding herd on the lawless by the nutless.”

LaSalle did not respond to messages seeking comment Tuesday. Sheriff Parnell McNamara declined to comment on the Harwell inspection. 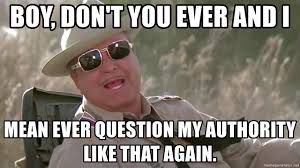 72 years old going on 25, who are you kidding?  You love the job and that’s your qualification?  You don’t talk to anyone, well, that went out with Abel.  Barry Johnson talks to the press and allows his people to talk to the press.  You?  Stuck in Abelinoland.

The only time you talk is when you can talk TO people, like a movie star.  You’re not.  You are a public servant and the public deserves and demands answers.  What bullshit.

The longtime lawman announced his intentions to run for re-election in 2020 at the McLennan County Republican Club luncheon at the Texas Ranger Hall of Fame and Museum. The crowd applauded McNamara’s announcement, with its new campaign slogan: “Riding Herd on the Lawless.”

“We have a great effort going and the people of McLennan County have encouraged me to run again,” McNamara said. “I’ve got a great team working with me and I just absolutely love the job.”

What the hell happened here,  when did McNamara and the rest of the courthouse decided to stop answering questions?

Well,  Trump made it fashionable, Abel had to find something or someway NOT to answer questions,  it’s pretty much easy to see Abel and McNamara had some kind of wink-wink going on a few levels.  The Sheriff’s brother, Abel wound up at the hospital, along with Sheriff and Sherre Johnston,  that’s where Abel and Sheriff had to get together to calm her down and work out the “story”.  No problem.

The rub and tugs.  Ooops, a few people were sacrificed,  they found them at the beginning but somewhere in the middle or end, people were getting hand jobs that Sheriff AND Abel couldn’t out.  Nope.  BIG people.

He’ll have a conversation with Abel Reyna but he won’t answer to the voters or press.

Can’t even run the FU*king jail.  People DIE in the damned jail.  WTF?

Your Sheriff likes to bust down doors and arrest whores but it’s all an illusion.  The bust went down, yep, the awards, etc. but the cases fell apart.  Hand jobs came back and so did the Asian buffet.

In the meantime people’s kids, not all mass killers, in fact, most of us either have parented or know a “dumba**” more stupid than criminal, national opium crisis, youth, and yes, real bad guys.  Having people DIE in your jail is a bad thing.  Wacoans need to remember the jail under Harwell, or under Lynch.  You don’t remember?  Well, except for a little overcrowding or this and that there’s nothing TO remember because we had SHERIFF’s who could at least run the gawdamned jail.

Harwell had to answer to the people.

Larry Lynch answered to the people.

Yes, everyone has to kiss his ring he’s the sheriff.  THIS is the problem, we help create these cartoon creatures and McNamara certainly has become one.

When you see him, ask him where the cases are from the massage parlor?

Ask YOUR sheriff what the hell is up with the jail?

You are his boss.

No wonder he loves the job, he answers to no one.