Harry Storm apologizes to the Bikers 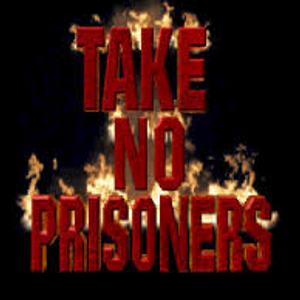 “Judge Strother Grows A Pair”,  has been cancelled thanks to All for 1, Facebook,  Butch Moss,  and many biker comments about Judge Ralph Strother that made Harry take a walk down bad memory lane, having  forgotten  Jake Carrizal,  and his trial.

Harry had forgotten how “TAKE NO PRISONERS” just felt so much better than rehashing being “nice”,  “Christian”, “Texan”, or just about anything.  Sorry.

The endless Recusal Motions and Kabuki Fan Dance of secrecy coupled with the loud message,  “You are all stupid and we’re taking care of you because you are too dumb to realize the Bikers are here to kill us all.”

Have we ALL gotten to where we celebrate,  any teenie weenie thing that happens at the Courthouse that isn’t some new glaringly plain underhanded, costly, cover your ass move in plain sight with an endless parade of actors who seem to know their lines way in advance,  perhaps everyone just tacitly falls into their place in an ongoing scheme?  Who can we ask.  They can’t tell us a thing,  for our own good.  Hell,  Tommy Witherspoon and others have just stopped even asking.

Harry apologizes,  what the hell was he thinking?

Harry proudly doesn’t have all the answers this morning,  never has,  never claims to,  not all of them but like the rest of the people who make up the 20% that beat Abel Reyna on March 3rd. we will keep questioning.

There was a burglary attempt at the home of Harry’s friend,  yesterday,  most folks will miss this sentence but some of you won’t.  In the past two weeks Harry’s friend,  who is represented by an attorney we will chop up when we can in the future,  had to go to court.  TWICE.  See,  the DA’s office is forcing people to PLEAD NOW.

They’re giving out sweet deals and some really bad ones also.  In fact,  Harry’s friend has been hit with the ‘FIVE YEARS TO DO” while a rapist’s victim hired a lawyer to FIGHT THE DA’S OFFICE THAT WAS GIVING OUT ANOTHER SWEET DEAL IN SECRET.

Waco has a government of secrecy,  we are their children,  too stupid to know the truth,  for our own good,  of course.

The Bikers had to remind Harry to take  no prisoners,  twice now.  Thanks.