Stupid is as stupid does

When last we heard from Reyna about Matthew Clendennen,  the case was dismissed “without prejudice”,  which means, it could still be filed on again in the future,  thus leaving Clendennen under a cloud forever.  It’s already been three years and this poor guy,  if you’ll remember,  is the one that was just eating at TWIN PEAKS and his weapon was a pocket knife his grandmother gave him.  Totally innocent,  obviously so,  yet we have the DA’s office,  taking one last stab with the words,  “without prejudice”.  Why,  oh, why must we drag every “right” thing to do out of these people kicking and screaming?  Well,  this time the brat is being dragged out of the HEB by the special prosecutors judge rother appointed to this case. They’re out of towners,  have filed a Motion to dismiss Matthew Clendennen WITH PREJUDICE,  which means this sh*ts over,  no more,  the end.

Also,  this proves we are our own terrarium of nuts.  Once any facet of this gets out of town,  it gets overturned.  Once someone sees this that “isn’t from here”,  they realize that the words,  “you can’t make this shit up”,   precedes another story about Waco Justice.

Clint Broden and Matthew Clendennen in the 54th. district courtroom 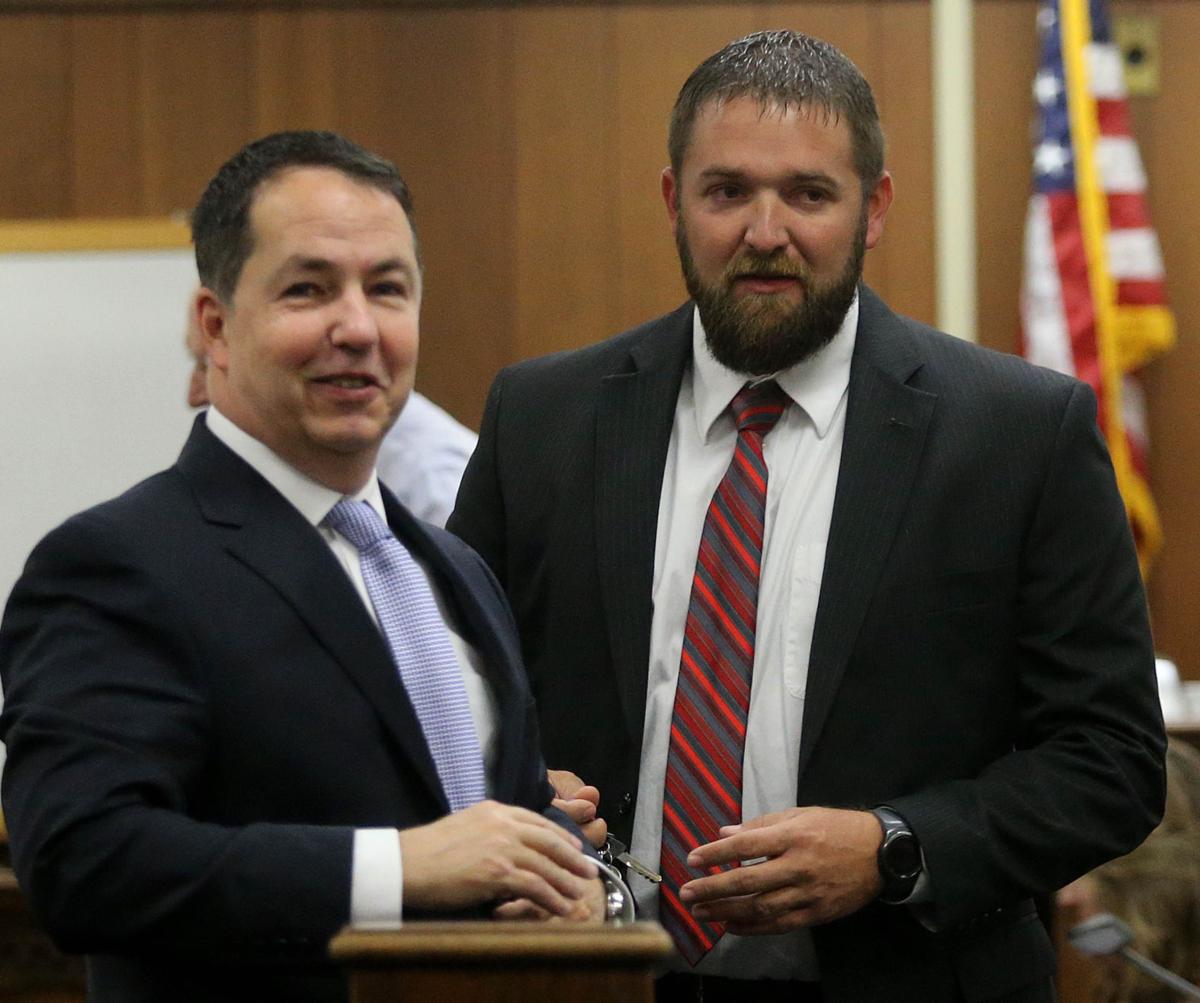 Broden & Mickelsen announce that the special prosecutors in the Twin Peaks case of State of Texas v. Matthew Clendennen filed the accompanying motion requesting the case be dismissed with prejudice. This dismissal motion is important and symbolic for three reasons.

First, Mr. Clendennen and is attorney, Clint Broden, have been on the forefront of changing the perception of the Twin Peaks prosecutions and in exposing the actions of McLennan County District Attorney Abel Reyna in perusing so many baseless arrests and prosecutions. Back in June of 2015, Mr. Clendennen held a press conference at his parent’s home denouncing the mass arrests advocated by Reyna. Now, almost three years later, after the filing of numerous speedy trial demands and countless motions in the trial court, the recusal of the trial judge, the recusal of the district attorney, and three trips to the Court of Appeals, the saga is over for Matt Clendennen.

Third, the special prosecutors make clear in their motion that the case against Mr. Clendennen is being dismissed based upon the lack of probable cause and with prejudice. The language the special persecutors use in their motion to dismiss differ dramatically from the weasel words used by Reyna in the Twin Peaks cases previously dismissed by his office. Reyna, unlike the special prosecutors, included language in his dismissal motions attempting to continue the public charade that the arrests of 177 people and 154 indictments were somehow proper.

Mr. Clendennen wants express his thanks to the special prosecutors for the careful consideration they gave his case and for the fact that they made it clear in their motion that there was not even probable cause to support the case. “Free from political ambition, the special prosecutors were able to see the frivolousness of this case and to further exposes the actions of Abelino Reyna,” noted Mr. Clendennen.

Mr. Broden, in announcing the dismissal of the case against his client, also praised the special prosecutors and their dedication to seeing that justice was done. “After being arrested with a “fill-in-the-name” arrest warrant, being held in jail for three weeks on a $1,000,000 bond and being held hostage for three years despite making several demands for a speedy trial, I am hopeful the civil courts will ultimately provide justice for Matt,” said Mr. Broden. “Three years later the truth has come out and that truth looks very different than the picture Mr Reyna and Waco Police Sergeant Patrick Swanton tried to paint for the media and the public in May of 2015. We also must never forget that nine people died at Twin Peaks. Nevertheless, because of the reckless actions on the part of the District Attorney in advocating for wholesale arrests rather than the particularized arrests of the individual suspects, those nine families may be denied justice. The way this case was handled is a true tragedy from so many perspectives.”

Broden said that he was “hopeful, but not optimistic that the McLennan County District Attorney’s Office would stop using weasel words when dismissing future cases.” He also said that he “hoped the media covers the dismissal of Mr. Clendennen’s case with prejudice and for lack of probable cause with the same vigor that it covered the initial false arrest of Mr. Clendennen and the arrest of 176 others on May 17, 2015.”

Click on link below for Motion To Dismiss
AWyl79dxjff37R2rllErQ_muendnDA1IijsOSoYCUuainNDBbxhPBBObobxO87_kTWZOgjHuzDebwwjfGDKKJVLkYJODf0aywF6Ce4fgIK71jVA2RD8MjGuF278r3uk0H5IjWa