From Uncle Dan’s Pulled Pork Mobile,  to Coach’s Barbecue,  to the Big O over at George’s in Hewitt,  ZANG,  is taking a bigger toll on food service here than a case of Salmonella.

It seems getting a massage then what is loosely called a “Happy Ending” is putting a crimp on the local restaurant scene.  FACEBOOK accounts are being removed,  men are having to confess really bad stuff to their wives and kids,  and the locals don’t know where the hell they’re going to eat tonight.

Being masturbated by a sixteen year old girl is wrong and it seems men from all over the place are lining up to force these girls to do hand jobs AND it would seem more.

Humiliation.  Can you imagine one’s self image after just having to touch one of these dirty old men?  Oh,  I’m totally icked out.  Next let’s look at spousal humiliation,  that’s where you embarrass the hell out of your wife and family and get to where you just expect people to just slap the crap out of you,  you probably get to where you’d rather be slapped than endure the sausage jokes anymore.

What the hell did you think was going to happen?

Massage parlors with underage girls are ILLEGAL you fool.  It’s not the jacking off Dairy Queen and these girls aren’t happy to see you.

The “Happy Ending” is when your old ass leaves the building.

Coach’s Bad Ass BBQ with a condom dispenser underneath 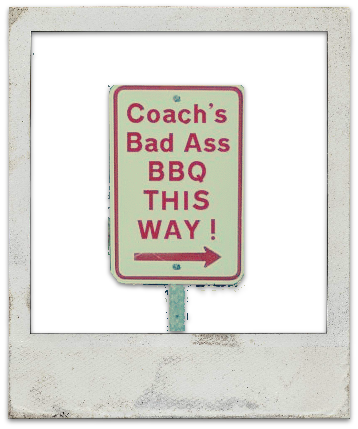