“Tis easy to form an opinion,  when you are not burdened by the facts”

Well,  gawddamnit,  Harry was all excited to see Doug Henager in the courtroom,  he’s a great guy and then,  Harry recognized Ray Black.  Harry loved Ray Black,  just the funniest thing,  of course,  dumbass Harry’s recollections are thirty years old and Harry makes up his own mind WITH evidence.

About the same time Harry was dumb enough to think Ray was waving at him in the courtroom when Ray stretched his finger and arm recognizing Harry.  Harry just smiled that big,  dumb,  toothy smile, all happy to see Ray.  Of course,  Ray was pointing at Harry because he believes the absolute bullshit of Sherre Johnston and Truman Simons.  Guess Ray doesn’t read either.

Usually,  when an investigator LIES in a Court Document,  deposition above,  it’s over,  his credibility is gone.  I guess when you are protecting your shack job who is also married it’s King’s X in Texas?  Aw,  he just lied about having an affair with the Fire Chief’s old lady,  who was VIC’s SECRETARY.

To remind you of her affair with Truman here’s an email from Sherre herself,   “You have known about us from the beginning and I need to know who you have told”.  Take a look.

See she doesn’t want to be associated as “Vic’s secretary” because Vic fired her ass through the attorney in his LOVF office on Waco Drive.  My son was there that day.  Pissed Truman off too.  He showed up and announced he was “never sending another case to Vic Feazell,  ever”.   See,  Truman and Vic broke up,  after Texas Monthly’s article about Spence,  then a year or so later,  Vic fired Sherre.  FIRED.

Ray believes his clients,  most of the time lawyers know better but Ray even drank the Kool-Aid and let Miss Thang strut her stuff into the Courthouse with Truman who was pretending to be her “investigator” with his little notebook etc.  Well,  when he wasn’t there as her “investigator”,  hell,  she was pleading GUILTY.

So,  now Harry must drop another friend in the grease,  no problem,  Harry WAS NOT ALONE when the question was asked “If one time makes you gay”,  see,  Truman and Sherre were in Austin with Harry and friends.  Sherre met the friends,  one was gay and Sherre,  after John confessed his guilt to her,  she got Harry to ask his gay friend.  Gay friend remembers quite well.  Remember,  Truman and Sherre,  WE do.

Sherre is writing that she’s not a “public official”,   no,  but when you make it to KWTX stealing saddlebags from the Sheriff’s shed AND one of the Johnsons sees you,  you’re a PUBLIC FIGURE.  Sheriff has lots of cousins.

Truman loves suing people,  that’s what got us here.  See,  Truman was butt hurt because when Vic wanted him to join the Belo lawsuit along with Sutter, Stanley, and George Shaffer,  Truman was “afraid”  he pussied out but later he was pissed and changed his mind.  Enter Pardo and one article in a Trade Paper saying David Spence didn’t do it.

WHAM!  Truman,  Ned Butler,  and discredited dentist Homer Campbell,  saw a deep pocket and wanted to sue,  they wanted VIC to sue with them so that Truman could use his blackmail influence over Vic to get VIC TO FUND THE LAWSUIT,  which he did.

The lawsuit,  of course,  was dismissed later but that didn’t stop Butt Hurt Simons from searching,  in vain,  for someone else to sue the shit out of.  He tried to sue Carlton Stowers,  yes, he did,  the author of CARELESS WHISPERS.  After Stowers made this asshole a hero,  this is how he repaid him.  Money and greed,  mixed with an obsession to be Peter Pan and impress “Wendy”.

Ray,  we saw through the “investigator” act,  maybe you should get your clients to bring actual EVIDENCE to you instead of just mouth.

I have TWO witnesses and they’re ready to go.  I also have Mother’s Against Drunk Driving involved in this incredible case,  NATIONAL MADD.

I can back it ALL up,  they can’t,  they have mouth and nothing else.

Remember,  being the lackey for Truman and Vic made Harry a very,  very good clerk. 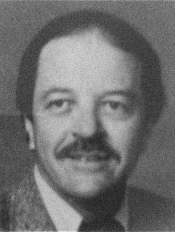