Harry’s warm Christmas present to you as we reflect on the unbelievably EPIC bullshit  Public Figures put us through this year,  and promise to do it again in the next.

On the first day of YES MEN,  Harry gives you “LOYALTY”  Misplaced,  sweet, sad, curious and we hope he does better this next year.   We sort of love you,  Cody Blossman,  you,  at least are “tortured”,  we believe you have tried to break free but you just don’t know how and you are in way too deep.  It started out so innocently,  like cheating at school,  you helped the Sheriff pass his test for the State Peace officer’s license.  It starts with someting little like cheating for the “too busy” protecting us Sheriff,  “just this once”,  and the next thing you know you’re moving a half dead man from one location to another,  witnessing all manner of old person sex shenanigans,  you’re party to a Sheriff making a dumbass make a phony 911 call,  a Funeral Service where you had to help get Sheriff to load up brother when the same woman made a scene.  You can’t make this shit up and,  you Cody Blossman,  we think you tried to get off the ship but you’re a “nice guy” and you didn’t.

WACO, Texas (KWTX) Sheriff Parnell McNamara and several of his deputies were cleared of any wrongdoing by a state peace officer’s licensing agency that published their findings after a year-long investigation.

In an investigator’s narrative obtained by News 10 from the Texas Commission on Law Enforcement’s enforcement division, investigator Sgt. Justin Hufstetler reports to the commission that “There is a lack of evidence to substantiate the claim (Deputy Christopher) Eubanks and (Deputy Cody) Blossman took the Peace Officer Supplemental class for Sheriff McNamara.”

And “The sheriff made an 88 on his first attempt at taking the state licensing exam which indicates he does have a working knowledge of the course information.”

The narrative explains that on Jan. 25, 2015, Randall Scott Gates filed a complaint via email with TCOLE that said he had documents that charged McNamara had cheated on a state licensing examination by having Eubanks take the test for him.

Hofstetler also said he spoke with Cawthon about violation alleged against Blossman.

After the interviews Hofstetler obtained state testing records that proved McNamara personally signed in at an Austin state testing facility and completed the tests himself.

“This case will be closed as lack of evidence,” Hofstetler’s report concludes. 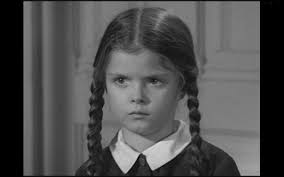