Kenneth Franks was found tied up.  Stabbed over 21 times,  his hands were tied behind him with two long shoestrings tied together to make a binding.  Franks’ shoes did not have shoestrings,  neither did the shoes of the other two victims,  both girls,  Raylene Rice, and Jill Montgomery.  Anthony Melendez’s freedom depended on the DNA results from those shoestrings, however, Waco lawyer,  Walter Reaves and New York Times Best Selling author,  Fredric Dannen,  let those shoestrings sit in an Arkansas lab for over 13 years.  FINALLY,  after the California Association of Forensics Scients stepped in,  the lab turned over the shoestrings thanks to the Court Order of one Judge Matt Johnson,  54th. District Court, Waco, Texas.

13 years.  Reaves and Dannen unfortunately took up this cause after their success in the freeing of one Calvin Washington via DNA for the murder of Juanita White,  mother of David Spence.  (what?)  Yes,  google it.

Families of the victims and Lake Murder curious people were excited about this prospect until our DA,  Abel Reyna,  decided to OPPOSE DNA TESTING IN THE LAKE WACO MURDERS.

When the shoestrings were run,  they were degraded.  Too degraded to read,  thanks to inept Waco lawyering and a downright heartless disregard for anything but successful retirement and “I have to make a living in this town”.

Now Abel Reyna has decided to charge over 100 bikers with charges that could land them over 25 years each.  They can’t put a gun in the hand of the current defendant,  Jake Carrizal, but that’s okay,  they’re doing it anyway.

PROSECUTORS in Texas should be ashamed.  Vic Feazell does not “favor running DNA in THIS case”,   Abel Reyna,  wants to “oppose DNA testing in the Lake Waco Murders”,  what have they got to hide?

“COURAGE TO DO WHAT’S RIGHT NOT WHAT’S EASY” Feazell,  who was accused much of the same thing our current DA is accused of in another History Repeats Itself black hole in Waco,  doesn’t want DNA run in this case.  He needs to be right,  that badly.  So does his buddy,  truck shredding Truman Simons.

Is Ken Andersen,  the wonderful DA in Georgetown who went to jail for a month over what he did in hiding evidence in Michael Morton’s case,  where we now have the MICHAEL MORTON LAW,  have a Charm Seminar in which Reyna and Feazell attended?

Reyna says he’s scared of being sued somewhere in the future.  Great.  What about people?  What about Kenneth Franks’ dad who couldn’t wait any longer for someone to wake up and run the DNA on Jill Montgomery’s fingernails at the very least?  What about Anthony Melendez who finally died in prison,  waiting for his inept Waco attorney to run DNA that people had offered to even pay for?

When you see the prosecutors in the Courtroom of the Jake Carrizal trial,  they look through Jake.  It’s about the win,  it’s about sticking to a bad decision on over 177 people’s lives that will go on forever,  real people.  Jake’s mom is in the courtroom.  Unlike Reyna and the rest,   she doesn’t feel “INVINCIBLE”,  she’s scared to death.

We can only hope that the greatest evil of all,  “overkill”,  will keep those innocent in the biker trials free.

We should know in about ten days.

Jan 15, 2017 – Anthony Melendez talks about the Lake Waco murders during an interview from …. to getDNA testing ordered on shoelaces used to tie up one of the victims. …

BY TEXAS MORATORIUM NETWORK ON JANUARY 7, 2012 · ADD COMMENT · IN UNCATEGORIZED
There is a new development in the effort to get evidence back for DNA testing in the case of Anthony Melendez, the only living defendant in a case of possible innocence. One of the other defendants in this case, David Spence, was executed by the state of Texas on April 3, 1997 while George W. Bush was governor. The new development is detailed below in an article from today’s Waco Tribune-Herald, but for background information first read an older article here from May 15, 2011 by the same reporter that starts out:

Nearly 30 years after a grisly crime known as the Lake Waco murders rocked the city and drew national attention, efforts are under way to exonerate the only living defendant through DNA testing of shoelaces used to tie up one of the victims. If the testing were to show the wrong people were convicted in the 1982 slaying of three teenagers, the ramifications could be much greater than simply freeing a man from prison. Because one of the four defendants in the case, David Wayne Spence, was executed, exoneration also could constitute the first proof of wrongful execution in modern U.S. history.

Coincidentally, the attorney for the sole surviving defendant who is trying to get the evidence to have the DNA tested is Walter Reaves, the last appellate attorney for Todd Willingham before his execution. The article is behind a pay wall, so we paid. We reproduce it here because it contains important news that impacts a case of possible wrongful execution of another defendant in the case and because the public needs to demand that the DNA be tested. Remember the recent case of Michael Morton, whose exoneration was delayed by years because John Bradley, the prosecutor fought DNA testing. Anthony Melendez should not have to wait any longer for DNA testing that could prove his innocence.Judge paves way for DNA hearing in Lake Waco murders  By Cindy V. Culp Tribune-Herald staff writer

Saturday January 7, 2012
An order issued Friday by a Waco judge could facilitate new DNA testing in a decades-old crime known as the Lake Waco murders. Local attorney Walter M. Reaves Jr. asked Judge Matt Johnson of the 54th State District Court for the order, which is aimed at compelling a California DNA scientist to turn over evidence related to the case. The scientist has ignored repeated requests to return the evidence and Reaves thinks he found a legal mechanism to get it back. Reaves represents Anthony Melendez, the only living defendant in the 1982 slayings that claimed the lives of three teenagers.
Local attorney Walter M. Reaves Jr. is asking for an order to mandate the release of evidence related to the case.

The 52-year-old is serving two life sentences after pleading guilty to the murders, but he has since recanted. “It’s a step closer to getting (the evidence) back so we can at least try to do some additional testing,” Reaves said. “I’m hoping we’re going to be able to obtain actual DNA evidence and that it excludes (Melendez), as well as the other (defendants).” Previous tests Reaves and a writer named Fredric Dannen have been trying to prove Melendez’s innocence for more than a decade. They subjected some evidence to DNA testing. But it either didn’t yield anything or the process was cut short because of a dispute with a private lab hired to do the testing. That lab, Forensic Science Associates of Richmond, Calif., claims biological samples it extracted from evidence are its work product and refuses to relinquish them, despite repeated requests by Reaves and Dannen that the extracts be sent to another lab. They think newer types of testing Blake’s lab does not perform could provide usable evidence. The process of trying to get the evidence back is complicated by the fact that the lab is in another state. Reaves said he is getting assistance from an attorney associated with the California Innocence Project. But to take the matter further, that attorney needed an order from the court here, which will trigger a hearing in California. At the California hearing, a judge will decide whether the head of the lab, Ed Blake, should be required to come to Waco. As part of that appearance, he would be required to bring the evidence with him, Reaves said. The California attorney hopes to have the hearing there sometime in February, Reaves said. Ultimately, Reaves plans to ask Johnson to order new DNA testing on the returned evidence. The McLennan County District’s Attorney Office told Johnson it did not oppose the idea of requiring Blake to appear here and return the evidence. But prosecutor Alex J. Bell said Friday’s hearing was not meant to determine the merits of new DNA testing. McLennan County District Attorney Abel Reyna previously said his office will not support DNA testing in an old case unless it meets a rigorous set of requirements. 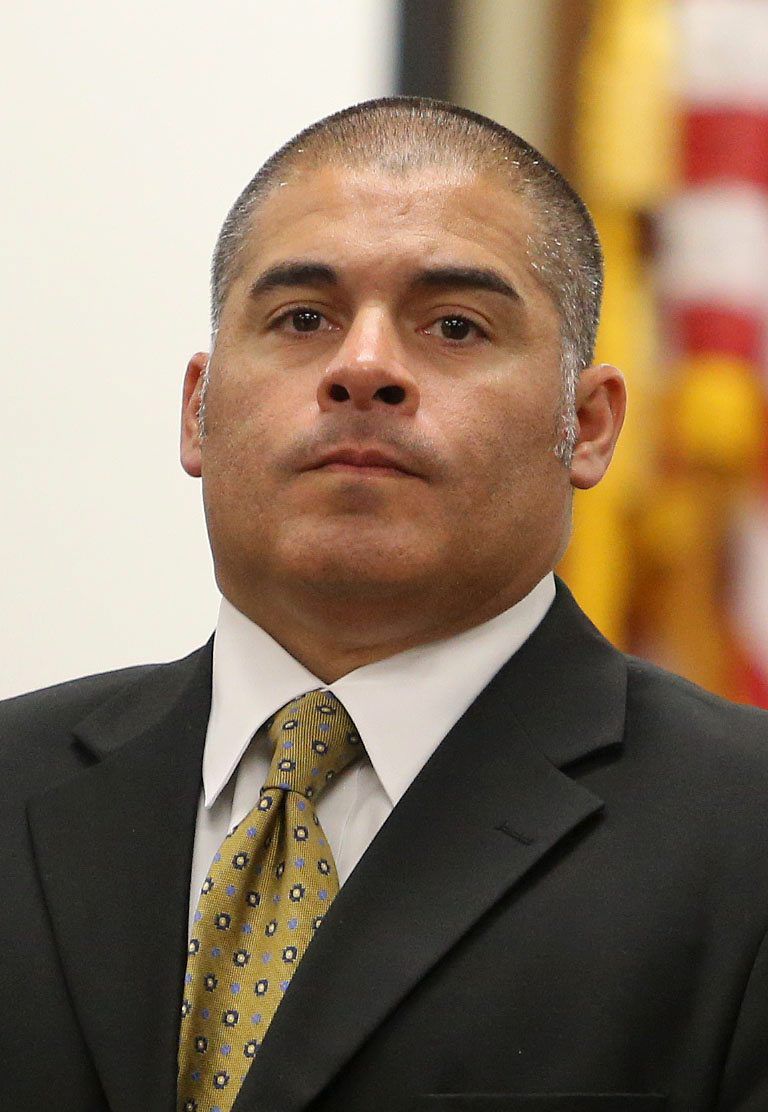