It’s Spring and crazy is definitely in the air. Along with lazy, cheap, and an inability to smell pork. 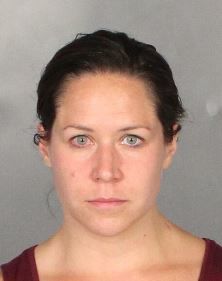 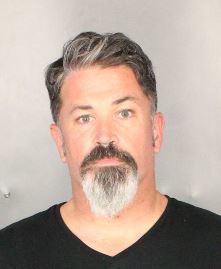 The above is just in from television station KWTX

No wonder people go out of town to hire a decent criminal defense attorney, for crying out loud, look at the incredible botch job just hatched by TWO Waco attorneys and the holes in the plot, which anyone can figure out. The holes in the plot are glaringly neglected in the Waco Tribune Herald whatever the motive, face it, Seth Sutton and Chelsey Tijerina are finished. Totally. What self respecting criminal would hire someone who hires a Waco PD officer as a hitman, AND is so cheap as to volunteer to only spend $300 bucks on the murder weapon. There is also talking relocation for the murderer cop after the grisly deed is done, at the planned victim’s own home. Nice.

I like to watch “SNAPPED” on A&E, there’s a 30 minute series, where the spouse just go nuts and kills, and then the hour “SNAPPED” where it’s jazzy, done up right, hard to solve, done in some exotic location, usually Mexico.

This one seems, so far, to be the 30 minute version but one timeless “OH SHIT” moment

Welcome to Waco where you just never know.

Two Waco lawyers were arrested Friday on charges that they plotted to killed the woman’s ex-husband, who had been arrested earlier this year on child molestation allegations.

According to arrest affidavits, Sutton solicited an undercover officer on May 14 to kill Beaudin and the two exchanged ideas about the plot. Sutton allegedly told the officer he would give him $300 to buy a gun and said he would help the officer leave town after committing the murder.

Beaudin, 37, was arrested in February on a felony charge of indecency with a child. Woodway police accused Beaudin of sexually touching a 10-year-old family member in December. He has not been indicted by a grand jury for the crime and Beaudin’s attorney Josh Tetens has said Beaudin denies the claims.

After the initial meeting between Sutton and the undercover officer, Waco police enlisted the help of the Texas Rangers on May 20. The next day, Sutton and Tijerina met with the undercover Waco officer to plan the hit, the affidavit states.

Tijerina allegedly provided details about Beaudin’s whereabouts and how to carry out the murder.

The alleged plot was to be carried out at Beaudin’s home, the affidavit states.

State District Judge Matt Johnson, who signed the arrest warrants for both Sutton and Tijerina, set bonds at $1 million each.