RIDICULE THE PEOPLE WHO COME FORWARD, ESPECIALLY IF IT’S A WOMAN, LET THE GUILTY GO AND SHOW NO MERCY FOR A LOT LESS FOR THOSE YOU DON’T LIKE.

Wipe that smile off your face, little old man. Take a look at the pic below of the Mr. Lucky Child Abuser. Read from the people who tried their best to stop him and were labelled, the usual, “Crazy.

Yes, this was under Abel Reyna, who wanted to make a name for himself and become Governor with the help of his staff, some of which are still there. One would think women would have a keener attention for this but guess that they don’t.  Yep. 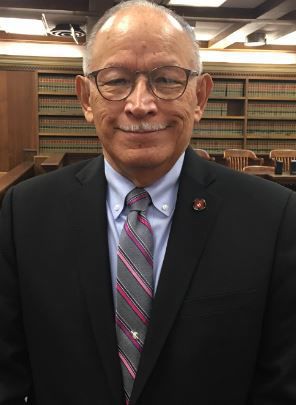 Joe Martinez would not have had the chance to sexually abuse a 3-year-old Robinson girl had the McLennan County District Attorney’s Office pursued similar charges against him after his arrest in 2014, one of Martinez’s victims said.

Elizabeth Walters, a 30-year-old dental assistant, is bitterly angry and wants her story of abuse at the hands of Martinez and her frustration with the criminal justice system to be heard.

The Tribune-Herald does not publish names of sexual abuse victims without their permission, which Walters granted. She said she wants the people who doubted her to know that she was not lying about Martinez and that a young family member could have been spared a similar fate if the DA’s office, under the previous administration, had acted.

Martinez, 78, who was a Marine for 30 years and founded the Greater Waco Young Marines program, was sentenced to 60 years in prison earlier this month after a 54th State District Court jury convicted him of eight counts of indecency with a child by contact.

Walters, Martinez’s former stepdaughter, testified that Martinez abused her for about three years starting when she was 12. She said she played basketball and ran track, telling the jury the abuse started when Martinez offered to rub her legs after sports practices.

Walters waited a decade to report the abuse, but when she did, Martinez was arrested in 2014. His case languished in the DA’s office for three years, revived only after a 3-year-old family member also reported Martinez touched her improperly.

Child Protective Services workers investigated Martinez’s home situation after his initial arrest and signed off on his remaining there after others living in the home pledged to never allow him to be alone with the young girl.

However, Walters charges that if the DA’s office, then under the direction of former District Attorney Abel Reyna, had acted on her case, her young family member would not have had to be around Martinez.

Robinson police also took note of the inactivity in the 2014 case, writing in the affidavit to support Martinez’s arrest in 2017 that the 2014 case “sat dormant in the district attorney’s office.” That 2014 case was never indicted, and Martinez was released from jail on bond until his arrest three years later.

“I had a meeting with Abel Reyna and one of the prosecutors in his office,” Walters said. “They apologized for quite a while for leaving my case dormant and allowing this child to be harmed. They said the case just got pushed to the back of the filing cabinet and they were sorry. There was enough evidence. They had no answer why it was pushed to the back and they kept saying they were really sorry but that Twin Peaks was taking a lot of their time. They said they were going to work on this and assured me they were going to keep in contact, and it still took another two years.”

Reyna and former prosecutor Hilary LaBorde, who at one time was in charge of the crimes against children section of the DA’s office, both said they do not remember the conversation with Walters or specific details of the case.

Walters said she spoke to at least four prosecutors about her case when Reyna was DA and later, after Barry Johnson took over the office.

She said it was frustrating during her trial because it was not admissible for her to mention the alleged 3-year-old victim during her testimony against Martinez. Jurors learned of three other possible victims during the punishment phase of Martinez’s trial, including one from when he lived in Florida.

Martinez, who served two tours of duty in Vietnam and was a highly decorated Marine, was allowed to plead guilty to a lesser charge of injury to a child in the Florida case. He was placed on probation and was not required to register then as a convicted sex offender.

Another victim reported Martinez abused her but later recanted her accusations.

“I don’t feel like there is justice anymore, but I am glad my story is being told,” Walters said. “For the last six years, he persuaded my church family and my friends that I was a liar. I lost my family, I lost my church home, I lost everything when I came out with the truth. So I want people to hear the truth. I want them to know this did happen and he was found guilty and I am not a liar.

“I don’t want people who have had this happen to them not to come forward for fear of being called a liar. The truth will come out. For the last six years, I regretted telling. It was the hardest six years of my life. I was called a liar and it was humiliating. But for me, my goal was to protect other people, and that didn’t happen. There is no real victory for me because of the other victim.”