134,217 people online have demanded this ass resign but that doesn’t stop the Trib for asking his EXPERT advice on how Barry Johnson measures up to Abel

Judge Ralph Strother has noticed the same thing in his court. As a result, the judges said, felony cases are being resolved more quickly, their dockets are moving more efficiently and there are fewer cases on their trial dockets.

“I do believe the plea bargain offers from the state are different,” Strother said. “I am not criticizing those decisions nor am I endorsing the ones offered by the prior administration. But I will say they are different

Different? Different? Giving probation to a Baylor Frat President who tried to choke a woman with his penis down her throat lowering it to “unlawful restraint”, now that my friend is fkng Different. Oh, $400 fine. THIS bullshit got us international news but Ralphie boy isn’t stopped or embarrassed so he’ll take a shot at Barry Johnson. 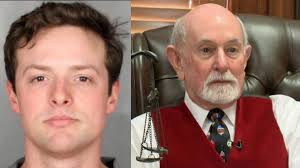 So let’s have a little music and celebrate Ralph who couldn’t have been a better accomplice for Abel the crook Reyna if he’d ve been paid……………………..sing along

Judge Ralph Strother made this someone happy, he’ll go his whole life smiling, handsome, getting new dates who don’t know he likes to do the throat swab with his own swab, didn’t lose his virginity, wasn’t left in his own vomit. Hell, the whole thing didn’t even happen and all they’ll know is he was a Frat President.  He’ll go far, thanks to Ralphie and Abelino.  Congratulations Baylor Rapist. 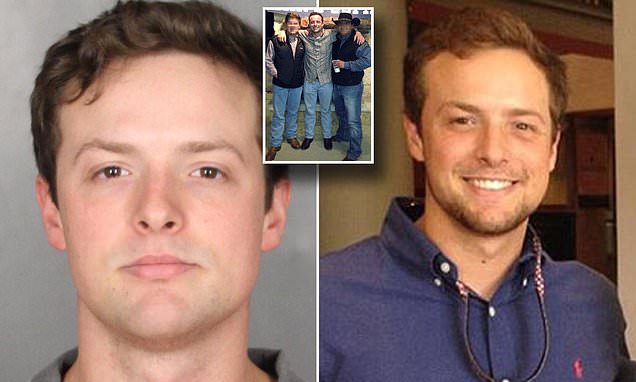 On December 10th 2018, Judge Ralph Strother – a Baylor graduate – accepted a plea deal for a rape case that amounted to a $400 fine and 3 years of felonious probation for a fellow Baylor graduate. The perpetrator, Jacob Walter Anderson, was indicted on sexual assault charges and pleaded no contest to a lesser charge of unlawful restraint. A no contest plea means a person does not admit guilt, but will offer no defense.

The offender will do no jail time and does not have to register as a sex offender.

Anderson originally faced two to 20 years in prison and a $10,000 fine on each of the four sexual assault charges, according to Texas state law.

It is beyond unacceptable to allow such a plea.

The victim impact statement made in court:

I am devastated by your decision to let my rapist Jacob Walter Anderson go free without any punishment. Rape is a violent crime that alters the victim’s life and the life of everyone around them forever. He stole many things from me the night he raped me. I will never be the same again. On February 21, 2016 when I was a 19 year old, Sophomore at Baylor University, Jacob Walter Anderson took me to a secluded area behind a tent and proceeded to violently and repeatedly rape me. He repeatedly raped me orally and vaginaly while choking me, gagging me and physically forcing my body into positions so he could continue to rape me. I had no control over my body and no way to stop him. (please see my original written police statement) When I collapsed on the ground he pulled down his pants and shoved his penis in my mouth and down my throat gagging me. When he forcefully picked me up and shoved me into a wall to rape me vaginally from behind he calmly and coldly said “It’s fine. You’re fine” When I tried to pull up my pants or sit he shoved me to the ground and shoved his penis back down my throat and continued to choke me. When he forced me up again and started to rape me vaginally again I blacked out permanently. When I was completely unconscious he dumped me face down in the dirt and left me there to die. He had taken what he wanted, had proven his power over my body. He then walked home and went to bed without a second thought to the ravaged, half dead woman he had left behind. Jacob Anderson will most likely rape again. He is now free to roam society, stalk women and no one will know he is a sex offender. Jacob Anderson and all rapists who get away with their crimes will never be cured, never change. If anything they will be emboldened by their power over women and their ability to escape justice and punishment. They will think they are invincible and most definitely increase their violent pathological and predatory behavior. Everyone knows Jacob Anderson violently raped me repeatedly and almost killed me. The evidence is overwhelming. Now, I not only have to live with his rape and the repercussions of the rape, I have to live with the knowledge that the Mclennan County justice system is severely broken. I have to live with the fact that after all these years and everything I have suffered, no justice was achieved. I have to live with the fact that my rapist will go home smiling and happy and laughing at me. He stole my body, virginity and power over my body and you let him keep it for all eternity.

Hilary Laborde (where are you Ms. Laborde? Are you here in the courtroom? No?) and you Abel Reyna (where are you? Are you here? No?) If I had the courage to come back to Waco and face my rapist and testify you could at least have had enough respect for me to show up today. You both will have to live with this decision to let a rapist run free in society without any warning to future victims. I wonder if you will have nightmares every night watching Jacob rape me over and again. Of my body lying unconscious and alone in the dirt waiting to die. Of my face transforming in your nightmares into someone you love. Your mother, your daughter, your niece, your granddaughter, your best friend, your wife, your girlfriend. Jacob Walter Anderson. It must be horrible to be you. To know what you did to me. To know you are a rapist. To know that you almost killed me. To know that you ruined my life, stole my virginity and stole many other things from me. I would have loved to have stayed at Baylor. Laughed and made memories with my friends. Learned from my professors. Run in the Baylor line one final time my Senior year and walked in my graduation ceremony in my cap and gown with my family proudly cheering me on. I would love to be living away from home pursuing my career the way I had planned. Not be on medication. Not be getting therapy. Not be in and out of the doctor’s office. Not having nightmares. Not be triggered daily into anxiety. Not be fearful. Not be sad. Not be afraid of every man that looks at me or thinks I’m nice and just wants to meet me and get to know me. To be happy and carefree and enjoy daily life. I am none of these things, because you raped me and almost killed me and stole them all from me. To the two women who created the petition of outrage over this plea I thank you. To the over 85,000 people around the world who signed the petition to deny this plea I thank you! To all my friends and family, doctor, teachers and lawyers who believed in me and stuck with me over the past three years I thank you. You held me up and kept me strong. To my parents and siblings thank you. I would not be alive without you. You kept me going when I could no longer handle living. It’s been a very difficult three years. It will continue to be rough for a very long time. I know it has impacted all of you and yet you never left my side. You never stopped loving me. You never stopped protecting me. You never stopped fighting for me and you never left. You never left. Thank you. 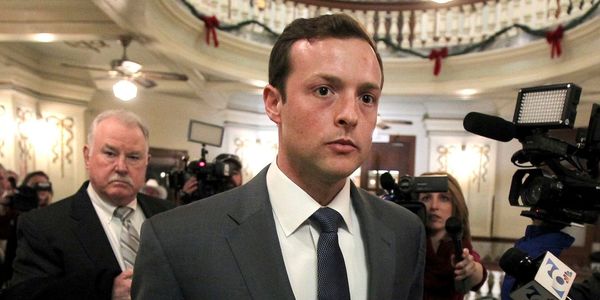