The problem is that in 1996, I found Vic’s little black book, photos, and Vic’s written memories of the different women he had bedded, including employees, including one Sandy Simpson Gately. This upset me as I remembered when VF and I went to visit Sandy and Paul, Vic and Sandy went off into another room leaving Paul and me to make guacamole while they “talked about the office” in a bedroom. I was pissed because I was angry I didn’t know, I figured Paul would be also so I called him and told him what Sandy and Vic were up to while we made guacamole. NOW he has decided to shoot the messenger, me. It’s so bad he won’t even ask the Sheriff if he moved his own brother. KWTX sucks up to the Sheriff and it’s because Paul doesn’t want anyone to know VF humped his wife.  This is true, ask him, hell, ask them.

Hence, if I write it, KWTX denies its existence much like FOX NEWS belongs to Trump, KWTX belongs to Paul and McNamara.

What bullshit this is 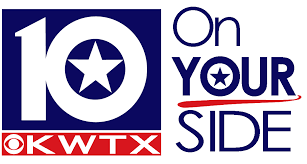 Did Sherre W J really threaten Rissa Shaw with KXTX?  We’ll never know because KWTX is really not on your side. When it comes to the tough questions, well, they’d rather sing racist songs with the Sheriff onstage.

People trying to cover up their sexual escapades has leaked over into politics and fairness, justice and the truth itself.

There is a “VIC FEAZELL GAZEBO” at the PAVILLION in North Carolina, it is a rehab where he went for SEXUAL ADDICTION.  Here is their phone number if you think I am lying.  (828) 694-2300  The Pavillion Addiction Recovery Center.

Shame on you Gately and all of you at KWTX.