Since March of 2017 we have brought you hard evidence and testimony of bribery.  “If you pay $15,000 dollars we can make your legal problems go away.”

This, to most people would be a bribe.  Nope.  To Sheriff’s Deputy Johnson, you’ve been spoofed.

Later, when we exposed that the bribes came from an 000-0000 number, where and who the numbers belonged to,  then were subjected to nasty pictures and endless messages and some drunken gobbledegoop.  Some recepients went to the FBI, some to the PD and some to the Sheriff, Parnell McNamara.  The person who was bribed went to McNamara thinking him a true Texas hero and worthy of Texas Monthly’s cover six times.

The case was given to one David Johnson, who is the cousin of Parnell McNamara and is also a Sheriff’s deputy.  Even the DA himself, Barry Johnson, got a message during this time, along with 12 or 13 others.

Along about this same time this writer also received what seemed to be threats, not spoofing, along with threats in writing from a woman who is either the Sheriff’s girlfriend or participated in some type of ill planned body moving of Sheriff’s own brother back in 2017.

Here is the audio of Sherre Johnston reporting Mike McNamara having a “stroke”,  what actually happened was that Mike died during a trist with Johnson and Parnell was telephoned FIRST, before EMS, as evidenced by Sherre Johnston’s own text.

This gave Sherre Johnston a “get out of jail card” plus a cell phone in the jail and lots of other perks.  She has/had the “goods” on Sheriff moving his brother’s body.  The deputy with Sheriff that day, Blossman, has been promoted several times, while the entire S.O keeps their mouths shut, even though…….they know.  Hell, the whole town knows.

Well, except Charlotte Mc.  Nope.  Parnell has told her some wild tale about how Sherre wasn’t Mike’s girlfriend,  certainly was NEVER HIS GIRLFRIEND, and that Parnell surely never moved his brother’s body.

This hasn’t worked out well because Sherre Johnston just wouldn’t behave.  Nope.  She threatened people, in writing, had pictures taken of herself with a gun and a “pistol packing mama” shirt, did whatever she wanted, got special treatment on DWI’s, had a pill up her twat at the jail, somehow got a cell phone (from Parnell) on and on.

The problem is that people were indeed bribed.  Sheriff should have turned over any bribery case with ANY evidence to the FBI, but he didn’t.  Nope.  He gave the case to David Johnson, his cousin, and now, after almost two years of not returning phone calls, case numbers that disappear after twenty four hours, and beginnings with no ends, David Johnson has decided that what happened to fifteen people, and those who were bribed and came forward, was nothing more than “spoofing.”

So, if you have been sent strange messages, called by retired judges in the middle of the night who are using own phones, drunk, threatened, and go to the Sheriff’s department, and get David Johnson, if you are a Judge you are listened to and your perp goes to jail.  If you are a member of the public, especially one who doesn’t think being threatened by the Sheriff’s girlfriend is cool, you are fu*ked by the expertise of David Johnson and the no balls reality of Parnell.

Silly me,  thought I’d been threatened,  nope,  sure enough, guess this is a spoof.

When you have love affairs with law enforcement guys for twenty or so years, you learn how to do things on the sly.  Cop sly,  like a nice photo of yourself with a gun is not a threat, naw.  Right?

So you get out of jail and threaten Rissa Shaw with KWTX BUT that disappears too.  Spoofing.

So Sheriff talked Ch. 10 out of doing anything to little Sherre, aaah, the favors he owes on that one.

Walking that fine line, trying to make it go away, living with a very WRONG decision you made in a split instant when you forgot it wasn’t 1978.  The EMS and 911 people were totally freaked out.

Pete Petersen the JP did a little something strange for Parnell also, he reported that Mike was found at the Walmart in Bellmead.  Unfortunately, it was the Walmart in Waco.

Now we have the Waco Trib and David Johnson helping to get a man who threatened some Judges sentenced to prison after having his probation revoked.

Congratulations to the Judges who had David Johnson deem their threats, threats, and not spoofing.  How lucky for you but not for the rest of us.

Wonder if THAT was Johnson’s decision after almost two years, or what Parnell told him to say on his way out of town?

If you are a Judge you are listened to, if you have been harrassed, threatened, or bribe, your Sheriff and his deputies probably won’t even hand the bribery over to the FBI.

If you are someone who has shacked up with the Sheriff or his brother over the last 40 years you can do just about anything you want.

Do you really want to vote for a Sheriff who moved his dead brother’s body with help from a deputy?  Got an idiot woman to make a really hysterically funny 911 call, and then act like it never happened?

“My dead brother is not here to protect himself”,  no,  but why should he,  YOU moved his body and lied about it.  Maybe he didn’t mind dying in the arms of the Assistant Fire Chief’s wife,  better than a grassy knoll between a steakhouse and Walmart.

Sheriff McNamara made the decision to move his brother’s body AFTER Sherre Johnston called McNamara and told HIM FIRST about the brother.

This all happened ON DUTY,  taxpayer money went for the cover up and now people are collecting their get out of jail cards from Sheriff.  He also won’t  or can’t control his own girlfriend, Johnston, to the point where he gave her a phone IN JAIL.

Now, he insults those who aren’t in love with him and his “Parnell’s Posse” bull by making fun of their fear and concern by calling their over 200 each calls “spoofing”.

Here’s what happens if you’re a Judge in McLennan County. 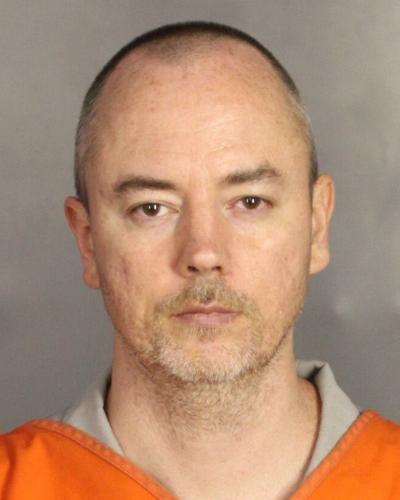 A man who allegedly threatened two judges and television reporters was arrested and jailed again Wednesday on a new retaliation charge after being out of jail for only three days, officials said.