DID YOU GIVE THE RUB AND TUG CASES TO ABEL OR NOT?

Before you announce for Sheriff again,  please let us know where the cases from Zang at the Rub and Tug are?  Did you give them to Abel?  How many?  Did you not give them to Abel and we’re just blaming him when it’s you?  Did you realize there were some guys on those tapes that jussst wouldn’t be worth outing?  Of course the unlucky got thrown out there but they weren’t bankers either.

We’re not looking to DA Barry Johnson on this one.  You’re going to announce,  you tell us what you did.  Did those over 170 cases or more turn into only 35?  The public deserves to know and it’s time you told us.

Harry and Everyone Else

https://www.kwtx.com/…/Sheriffs-deputy-caught-on-camera-at-local-massage-parlor-&#8230;
Dec 18, 2017 – A now former sheriff’s deputy is among 150 men who were caught on camera at … The two massage parlors that authorities raided at 2625 West Waco Dr. and … Zhang was released from the McLennan County Jail on Dec.

https://www.centexproud.com/news/local/massage-parlor-pictures…/1103116307
Apr 5, 2018 – McLennan County Sheriff’s Office investigators released pictures of three … were taken with hidden cameras discovered during raids on two massage … airport on January 7 and was picked up by Zhang and taken to Waco.

..https://www.mysanantonio.com/…/Three-arrested-in-connection-with-Central-Texas-127&#8230;Mar 5, 2018 – A Waco restaurant owner, a former deputy and a pastor were arrested after the McLennan County Sheriff’s Office raided two Waco massage parlors, … The massage parlor owner, Chun Yan Zhang, was arrested once in … 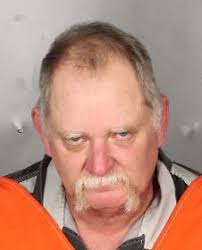 “What bout the rest of dem mfkrs?”

It’s our fault that things are the way we are, we let these men become local gods.  ICONS and they’re not.

Question your Sheriff.  Get real here.

While he has his morning eggs question him about this.

This man works for YOU, well, in the past they worked for you,  does McNamara work for you?  Only if you’re a friend, banker, girlfriend, fast track deputies, on and on.

Equal Justice for everyone, before and after you find out who they all are.