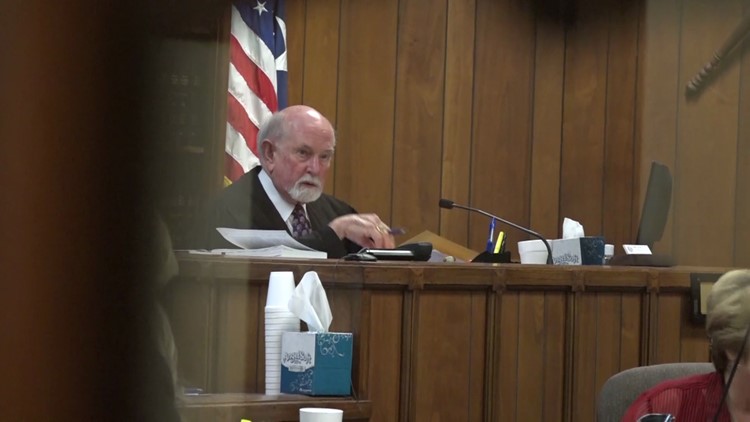 Subject:  I’ve been waiting years for you to get yours.  I’ve seen you embarrass people,  hurt people, slobber over people you like and play Baylor favorites over and over again while the WORLD and Waco itself was not wiser to it,  or just allowed it to go on way too long.

There are people I can’t mention because you are still a judge and people are scared for their future children and grandchildren if they go up against you,   or the myriad of other crooks in the courthouse or those who “go along to get along” and think this let’s their soul off the hook.  It doesn’t.

It is 2018 and there are computers with programs that keep score of how many Baylor folks you let off,  how many DWI’s,  how many rapists you give light sentences to,  in your case,  so far THREE.

You,  like former Federal Judge Walter Smith,  had a good run.  Mighty good.  You suffered from a great evil,  “overkill”,  you went too far,  now go home.

Sure,  they will find a few folks to say you’re “venerable” or some shit,  but that has about as much clout in the real world these days as a Cotton Palace king.  None.

Of course,  your wife and family will take up for you,  they don’t want you at home.

Circumstances around this rape?  HA!  Most men arrested couldn’t get their story OUT to the prosecutor or judge if they had to.  They couldn’t get the attention because they are common.  This leaves a hallway full of Mamas to cry,  be angry,  pray aloud to God, scream, faint, outside YOUR courtoom.  You love belittling the common lawbreaker or druggie etc., and if the Andersons weren’t rich this wouldn’t have happened.

Like Rudy Guiliani you missed your peak retirement date.  You enjoyed being mean and being a big frog in a small pond so long,  your legacy is ridicule and petitions worldwide.

Anyone who tells you any differently is just blowing smoke up your black dress.

Harry and at least over 1,000 people WORLDWIDE a day.