“Merry Christmas to Willow,  you inspired me with that stupid hat “

As you may or may not know,  some members of the Texas Legislature and some Republicans are demanding that “Impeach Strother” is on the legislative agenda.  Shocked friends of his are fighting back against his mistreatment and the obvious misunderstanding of “rape” when it’s in your city and “heavy petting” at a Frat party when its in ours.

To stand up for Judge Strother against 128,000 people worldwide who have signed petitions demanding the Judge’s resignation,  his supporters are knitting caps to sell for his defense and to retaliate against the “me too” movement,  and those terrible hats we have to see at Baylor on our girls.

Well,  we can knit too.  Now you too can look like Judge Ralph Strother this Christmas and stay warm in the cold just like he is standing outside his house sneaking a cigarette while his family shuns him inside and others pretend to like him.  Some,  confused as to how this will play out just run when they see him,  SO, take that Feminists.  Your child can grow up to be Ralph Strother,  and this is the way you can start. 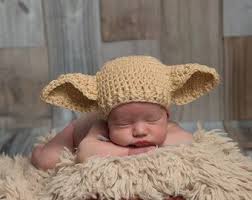 Several boutique owners have gone belly up in recent weeks and have lots of time on their hands.  These “Judge Strother” hats are real,   not some fake from China or some shit from Mexico,  these are straight from Woodway Baptist where we talk it, don’t walk it and don’t expect very much from one another.  Bring a covered dish.

Soon,  we will be adding crochet gun holsters to our line for whichever of our public officials need us next.

Judge Ralph Strother from the “Chamber of Secrets”

HEY,  these guys deserve this and much,  much more.

3 thoughts on ““VENERABLE STROTHER HATS” IN LORENA AND ONLINE”