COULD JUDGE RALPH STROTHER BE THINKING OF DUMPING THIS IN BARRY JOHNSON’S LAP TOO? 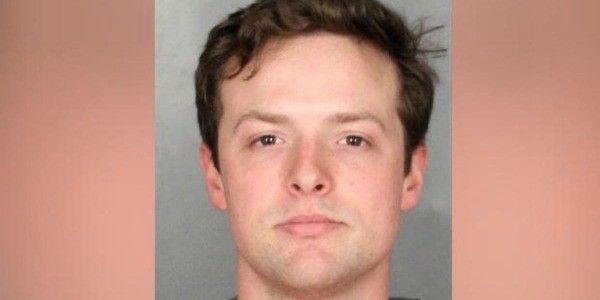 This Baylor Frat Boy Raped a Girl. Instead of Going to Jail, He’s Going to Counseling.

The level of corruption in the county is rising,  the ship of old fools is sinking,  thank God for retirements.  Once again,  the beauty of Chip and Johanna’s whitewashed world shines against the black old folks home smell of corruption,  entitlement, and cronyism at the Courthouse.

Are the older men at the Courthouse,  Judge Vik,  Sheriff Mc, Judges Strother and Johnson just “giving in” to a DA that has already LOST an election with corruption as its center in the minds of the people.  Location and birthright to the Reyna campaign.  So we have our judges just “go along with the suggestion of the prosecutor.”

This is just about word for word what Judge Vik told Harry in his own courtroom when a boutique owner went off the rails and got THREE DWI’s and 180 day probation to do on the weekends.  We all know how that turned out.  Well,  except for IF charges were filed for that pill hiding episode etc.  Hmmm.

Well,  while we’re on the subject of the good looking and blessed by the hand of Abel who doles out justice that can only be put in one word,  “FAVORS,”   let’s face it.

Of course,  Abel couldn’t do it without help from his young and impressionable prisoners of loyalty who dispense the Reyna idea of justice with a straight face,  along with the Judges and Sheriff Mc.

Sheriff McNamara left town right before the election,  if you don’t remember,  the last go around Parnell did a commercial for Abel Reyna.  Yep.  This year found Parnell at the Wailing Wall and Damascus.  He wanted as far away from young Abelino and the campaign as humanly possible.  He also doesn’t like confrontation so the trip abroad manipulated the circumstances and Sheriff could do his other favorite thing,  “ignore it”.

Abel lost.  Now we are left with the impression that indeed Parnell gave all the rub and tug cases to Abel a long time back,  hell,  before the election and it would appear that some hanky panky wasn’t just going on at Zang’s some of it went on at the DA’s office and since it’s pretty obvious that Abel isn’t one bit afraid of Parnell,  we are now seeing Parnell on the cover of WACO TODAY with a big thumbs up for his part in ending human trafficking.  Well,  peel a Shrimp at the New Ocean Buffet and wait to see if ANYONE does anytime at all,  for slapping around some poor sixteen year old at a masturbation parlor on Washington.

Certain people in Waco are “protected species”,   others are to be burned at the stake.

Not only should Strother,  Johnson,  Judge Vik,  County Judge Feldon, John Kerr, Sheriff McNamara, be ashamed for what they have done and are doing TO people,  and FOR the special ones,  they should be ashamed for not being men enough,  Republican men enough to tell each other to stop it.  Stop the corruption,  get real.

All these men scared of Abel Reyna?  Certainly looks that way.  Let’s ad Tommy Witherspoon to that mix and the Waco paper for letting them ALL get by without answering any real questions another year.

Ralph Strother,  if you are thinking of pushing this off until after your little buddy Abel is out of office,  think again.  We’ve heard the rumors and we are highly pissed.

85,000 people have signed this petition against Ralphie signing the Order,  let’s see if one Abel Reyna is more powerful.

Questions have been raised,  is the mother of Jacob Anderson an attorney in Dallas?  Has an arrangement already been made between her and Abel for future employment?  Is THAT what this is about?

Is there already a “deal” in the making for Strother to slide this off and stick it to Barry Johnson just for grins?

These questions aren’t going away, boys.