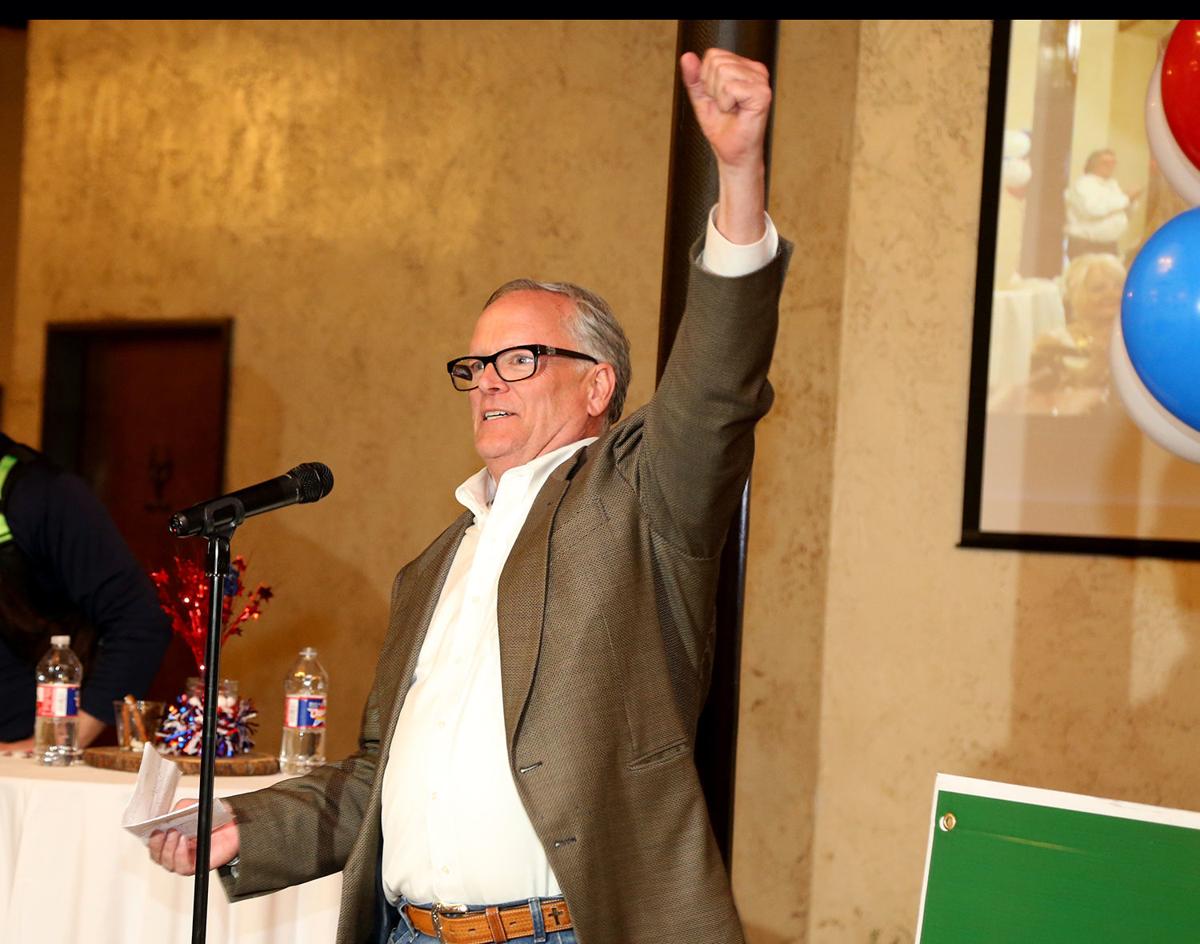 Unless you were under a rock last night,  Barry Johnson,   just the finest guy won this election.  This hard fought,  somewhat underground, BITCH of a race!

You know Harry was there,  stepped out of his truck and walked in with none other than another fine man,  BUTCH MOSS.  Yep,  seems Butch couldn’t stay at home and we all got to meet him.  Sandra Lynch was there too,  you know she was,  those seventeen days in jail made her a Goddess,  one to be reconed with and Mart voted with her.  Throughout the evening cheers began around seven thirty and continued loudly until about ten.

Barry showed himself to be much,   oh, so much more than JUST Abel Reyna’s opponent.  No,  this guy really means it.  This writer remembered languishing in the horrible thought that no one would run against Abel Reyna,  and the relief when Barry threw his hat into this race.  Oh,  thank goodness!  At one point during a Victory interview,  Barry Johnson got choked up and teared up,  not fake drama class tears,  but relief and much to our amazement,  surprise.  Oh, hell no,  we knew once we met Barry Johnson that he was not just a candidate,  he was a sincere and wonderful man and now he has proven himself to be one formidable force.

Barry Johnson’s people came from everywhere and there was one BIG underground movement of Democrats who had enough of Reyna and did the unthinkable,  voted Republican.  Harry remembers throwing up in his mouth just a little as he saw names like Greg Abbott on the ballot and other Republicans as he scrolled that machine to those two magic words,  BARRY JOHNSON.

Yellow Dog Democrats voted for Barry Johnson.  They were organized and they had piles of friends that followed them to the poles to do what needed to be done to rid this county of what truly is absolute bullsh#t.

Mary Pirelo Howard,  Barry’s campaign manager,  did one hell of a job and anyone dismissing her abilities or efforts is out of their minds,  she had it going on and is as lovable as she is a total spitfire.

There were so many people there,  all so sincere and all so happy it was truly a night to remember.

Barry Johnson our next DA!

A special thanks to Nikki Pittman and her Kim Falcone who,  between the two DWI’s and the lip service on FACEBOOK were worth at least over 1,000 voters pissed off at them alone.

Take that Reyna supporters!  You were surprised?

One thought on “BARRY JOHNSON WINS AND WINS BIG”