You know you can’t make this shit up

CRYING,  you knew it was coming

District Attorney Abel Reyna shot himself in the foot once again,  this time just days before the election.  He has announced that he is seeking the dismissal of thirteen cases against more bikers indicted for organized crime in TWIN PEAKS and dropping charges against another twenty four who weren’t indicted.  With these dismissals,  128 bikers still remain under indictment.  Abel also announced he’s reviewing another case against a William Aikin of Talco,  who I’ll bet is having one hell of a party tonight.

Get this,  “Again, these dismissal should not be considered an exoneration of the individual defendants or the gangs they belong to, ” Reyna said, defending his dumbass decision again and again,  I think he just likes to say,  “gangs” myself.  Reyna also said that this should not be looked at as “folding” or “giving up” by any means,  personally,  I think “caving in” is what it is and about time.

From San Antonio, to Nolanville,  all over Texas there is happiness and sighs of relief tonight.

Men and their families getting together to celebrate and shoot the finger towards out County where our DA thinks we’re idiots.

Voters are turning OUT in mass to vote against the man.

“Thanks for the hankie, Buddy”,  Abel Reyna. 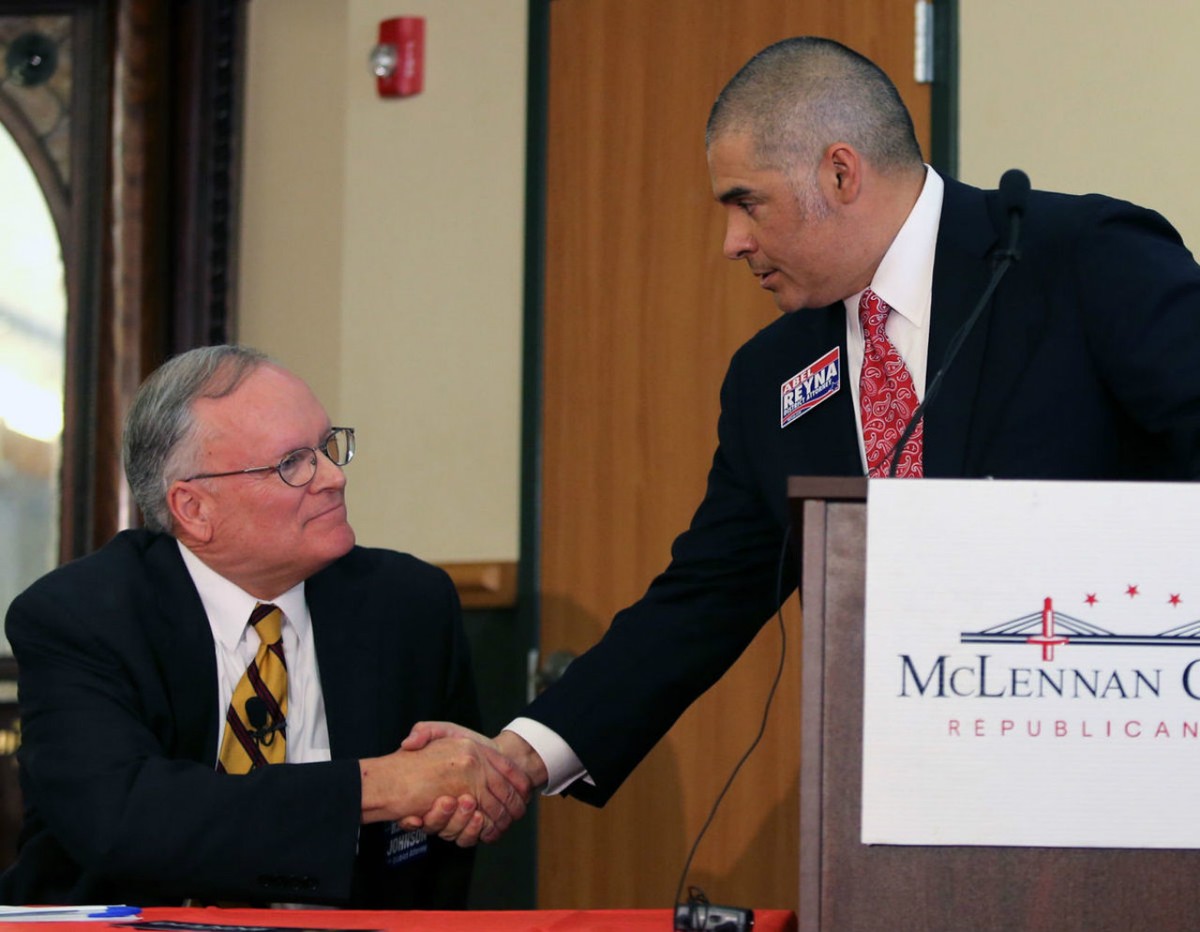