It seems that along with several items seized from the local raid at the Rub and Tug over on Washington there were sheets and a “noticeable absence of washing machines”,  seems lab techs have been heard to say,

“Hell, there’s more DNA on these sheets than in the entire city of Beaumont.”

Seems that many of the patrons of the Rub and Tug are quite easily recognized and some are described as “Pillars of the Community”.  Local auto dealers announced a record spike in holiday sales of luxury vehicles over the Christmas holiday was more than brisk.  Seems no one wants those license plates photographed at the Rub and Tug sitting in their driveway when the time comes for the Reckoning.

Ahead of this,  many are thinking it is time we had something positive and the Church goers are vowing to rid marriages of this terrible jacking off problem with the Asian girls,  not to mention the germ phobes.   A quick look around also found no dispensers of anti bacterial soaps either,  just kleenex (and one sock).

Show and tell below with music,  please hit arrow.

Hey,  Dumbass the camera was IN the clock 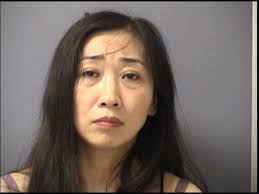 2 thoughts on “FOR IMMEDIATE RELEASE: HAND JOB AVERSION THERAPY BEGINS AT LOCAL CHURCHES AHEAD OF RELEASE OF NAMES AT RUB AND TUG”