TWO YEARS IN A ROW

After becoming Yes man #8 of the year 2017,  Guy Cox has returned again,  another BAYLOR CROOKED DEAL with Guy pulling up the rear.  That’s him behind Anderson and Anderson’s lawyer, Cox has a coat over his arm.

Cox represented the BAYLOR SECRETARY AND HER HUSBAND who got off last year,  yes,  the Jarvises, she was the secretary to Ken Starr,  President of Baylor,  and YES,  they got a SWEEEEEEEEET deal.  The article is below.

We think Cox should be noticed as not having learned shit in a year’s time.  Still sneaky,  still being photographed,  still involved in Abel’s dirty dealings not to mention Baylor’s.

If your sneaky meter doesn’t go to “10” seeing this good old boy, take another look. 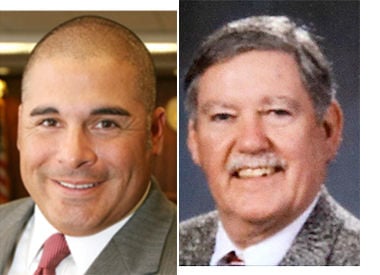 Wow,  I loved this one,  crazy about it.  Ken Starr,  the goodie goodie  Special Prosecutor, who exposed the spooge on Monica Lewinsky’s dress,  got all over President Clinton, found out oral sex isn’t sex was our Baylor President.  Who knew.  This same Baylor President Ken Starr before closing his eyes to the rape scandal managed to have a secretary,  one Mrs.  Jennifer Renee Jarvis,  who got drunk as a skunk,  stopped, and hauled off to jail on a DWI.  Her husband,  a Louis Houston Jarvis Jr., the project manager at Baylor’s physical plant, was also in the car and they let him get a ride home.  This happened in Hewitt, Texas.  Mr. Jarvis,  still drunk himself,  got all liquid courage crazy and went on his motorcycle to the Sheriff’s department,  raised hell about his wife’s DWI and promptly got one himself.  The Jarvis’  hired one Guy Cox as their lawyer.  We suspect he wanted the case dismissed because they were BAYLOR OHMYGAWD.  That’s a defense here.  Well,  little Brittany Cutie Scaramucci was Brittany Lannen back then and was not having any part of it to the point where Guy Cox got all testy and sort of threatened her.  The entire town and State knew this one stunk like hell but everyone pretended it was business as usual.  Julissa West had enough and left the DA’s office after this so did Ms. Lannen/Scaramucci  and it all came back to haunt Reyna and Guy Cox.  We knew what was going on then,  we know now.  He faced down Brittany and actually threatened her somewhat,  well, tacidly,  telling her what was good for her career and what was not or some such Fatherly advice.  Excuse me I just threw up in my mouth.

Guy Cox,  Guy Cox,  where does it stop,  Guy Cox.  You said “yes” to one dumbass story and did a bad bad thing with Reyna.

Here’s an excerpt from the Trib in case you have missed it.

Two Baylor University employees arrested on drunken driving charges are at the center of a bitter dispute between their lawyer and a court-appointed special prosecutor, whose court filings claim there was a behind-the-scenes deal to bury the cases.

Not much has been routine about the way the DWI cases against Jennifer Renee Jarvis, executive secretary to Baylor President Ken Starr, and her husband, Louis Houston Jarvis Jr., have been handled. Louis Jarvis is a project manager at Baylor’s physical plant.

Waco attorney Guy Cox, who represents the couple, has gone to the unusual extreme of seeking to disqualify attorney Brittany Lannen from serving as special prosecutor in the cases. In response, Lannen has fired back accusing Cox of threats, intimidation and orchestrating a plan to make sure the Jarvises weren’t prosecuted.

Lannen, a former prosecutor in McLennan County District Attorney Abel Reyna’s office and in Collin County, was appointed by County Court-at-Law Judge Mike Freeman to handle the DWI cases after Reyna filed a motion earlier this year to recuse his office. Reyna’s motion says he represented Louis Jarvis in a case before Reyna became DA in 2011.

But Reyna’s former executive assistant in his private practice and later in the district attorney’s office told the Tribune-Herald that Reyna has never represented Jarvis.

Further, the former assistant says she believes Reyna recused his office after Cox told the DA that he and Waco attorney Jason P. Darling had an agreement to dismiss the cases if Reyna would recuse himself and make sure Darling was appointed special prosecutor.

Reyna and Darling both deny they ever spoke to Cox before Reyna recused his office. Cox declined comment.

According to court records, Jennifer Jarvis was arrested on suspicion of drunken driving by Hewitt police on Feb. 5, but her husband, who was riding with her, was allowed to get a ride home.

But Louis Jarvis then rode a motorcycle to the McLennan County Jail and was arrested for DWI once he got there, reports indicate.

Despite filing the recusal motion that said he represented Louis Jarvis, Reyna told the Tribune-Herald he is unsure if he ever represented the man but disqualified his office “out of an abundance of caution.”

“From what I recall back then, that name Jarvis sounded very familiar, and I thought it could be an issue. There was a concern that I may have consulted with them prior to me being DA, and if I consulted with him but never represented him, there is still that attorney-client privilege and that is all confidential,” Reyna said.

West, who worked for Reyna a total of 16 years before resigning in August, said one of her jobs when she moved with Reyna from private practice to the DA’s office was to head off potential conflicts when some of his former clients picked up new criminal cases and ended up in jail. She said there is a master list of Reyna’s clients that she checked each day against the jail list and Jarvis was not one of his clients or potential clients.

Meanwhile, in Cox’s motion to disqualify Lannen as special prosecutor, Cox cites that Reyna fired Lannen and he claims it was because of “incompetence, insubordination and unethical conduct.”

Cox said he “believes that this unprofessional conduct disqualifies her from serving” as special prosecutor in the Jarvises cases or “any criminal matters in this state.” The motion does not allege specific conduct or state why Cox believes that.

After a prosecutor recuses his office, it is up to judges to appoint special prosecutors to take over those cases. Judge Freeman met with Lannen and Cox in his chambers after Cox motioned for Lannen’s disqualification. Cox requested the motion be heard in private, in chambers.

After the meeting, the judge recused himself from the case, appointed retired Judge Mike Gassaway to oversee it, and set a public hearing on the matter to be held Friday. Freeman said he stepped down from hearing the matter in order to preserve his relationships with Cox and Lannen.

West said she is prepared to testify at Friday’s hearing that after Lannen was appointed, Cox called to speak to Reyna, who was not in the office. She told the Tribune-Herald she will testify that Cox told her that because Lannen and not Darling had been appointed, Reyna needed to reverse his recusal, take back the Jarvis files and then refuse to prosecute them.

Reyna said the only conversation he remembers having with Cox about the case was Cox asking him about the circumstances under which Lannen was dismissed from the office so he could use the information to try to disqualify her.

Lannen filed a motion last week asking that the hearing to disqualify her be held in an open, public courtroom.

In the motion, she said Cox approached her before she made the decision to file the cases against the Jarvises. Cox said the couple should not be prosecuted because they are “good people” and that he had already worked out a deal with Darling to dismiss the cases.

Lannen wrote she “found this statement to be rather odd since she, not Darling, had been appointed” special prosecutor.

She wrote in the motion that she told Cox she was inclined to file the cases but would review any materials he wanted to submit to her before she made the final decision.

“At this point, Cox became agitated and told (Lannen) that if she wanted to maintain a ‘good relationship’ with the McLennan County Criminal District Attorney’s Office, she would not file the case,” Lannen wrote in her motion.

Lannen wrote she later learned that Cox confronted another member of Reyna’s support staff and told the woman that she was supposed to see that Darling was appointed special prosecutor in the cases.

Lannen’s motion claims that in another conversation Cox told her that her reputation would be “ruined” if she insisted on the disqualification motion being heard in open court. She alleges he threatened to air information about the insubordination claims if she didn’t step down from the cases.

“Cox then made the following statement to (Lannen), ‘There will be collateral consequences to a hearing like this . . . but you are a big girl, you can figure those out’,” Lannen’s motion states.

Lannen argued in the motion that holding the hearing in chambers compromises the public’s confidence in the fairness and integrity of the criminal justice system.

“That is particularly true in this case in light of Cox’s statements suggesting that he had reached a deal with a pre-determined, hand-picked attorney pro tem to ensure that defendant would avoid prosecution for this offense,” Lannen wrote.

Darling denies the accusations and said he never spoke to Cox about the cases. He said he was appointed special prosecutor in a number of cases early in Reyna’s tenure and Cox might have just assumed that Freeman would appoint him in the Jarvises’ cases.

Lannen, who is on the special prosecutor appointment list in both felony and misdemeanor courts, said she is preparing for the disqualification hearing.

“My job as a prosecutor is to seek justice, and I take that oath very seriously,” she said. “I represent the citizens of McLennan County and they can rest assured I will not change my course due to anyone’s status in our community or their personal associations or their political influence.”

Brittany Scaramucci has more principles in her little finger than you have in that rather tiny hand we never noticed that before….hmmm……. 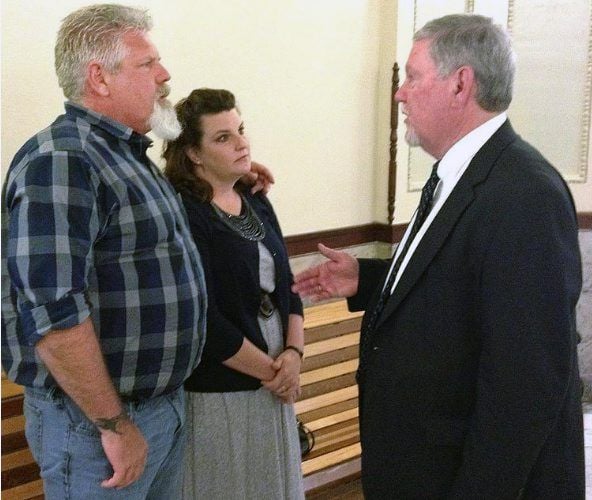 2 thoughts on “THE CROOKS OF CHRISTMAS: GUY COX”