Harry can rehash how angry he is over and over again.  We all can but we all have played a screaming meemee part in a bigger picture.  Unlike the FBI,  DPS,  Waco PD,  Sheriff’s Department,  DA’s Office,   ATF and any other letter grouping you want to I’ve left out.

Your secrets are  OUT.  People are so tired of having their intelligence insulted time after time.  The little petty power brokers endured by Randal Scot Gates prime example,  picked on over Public Information.  He kept coming.  Paula Carroll Swann was across the way during the TWIN PEAKS shooting and filmed it.  She proved more to me in a five minute show and tell facebook chat than Reyna did in a whole trial.

When I told her I had recovered from falling out of my chair into a puddle of surprised urine of my own making she replied:

“I’ve been screaming this for TWO YEARS”

No one to tell.  Ain’t that gawddamned pitiful.  We are copped up the ass and no one wants to listen.  Law enforcement in each and every case has its own bottom rocker that says DPS CLUB,  FBI CLUB,  WACO PD GOOD OLD BOYS CLUB.  If the bikers are a street gang,  then each and everyone of these are too.

How dare our police department let this shit go on.  Congressman Flores.  LAWYERS OF MCLENNAN COUNTY.  Sheriff McNamara with his thrill movile to protect us from the Tallibanners eating our cats,  right there,  Abel Reyna.  Coked up and running the show.

FBI,  Trump was right about this shit.  Useless.  You let us spend all this money for NOTHING.  TWIN PEAKS was his cover up to fuck us all up and take the attention off of HIS OWN TROUBLES.

You were so damned slow you let it happen.  Shame on all of you.  Brent Stroman,  our old police chief,  another RETIREE, just left it for the new guy.

Okay,  on to the better things.

Took her a few years but she exposed you both.  Serves you right for bullying her.

Brittany Scaramucci,  all the women,  all the screaming meemees and scared,  it’s over,  Abel Reyna is toast.

You wonder where it all is going to end.  I’ll tell you where.  Britanny Scaramucci don’t playland.

A Waco attorney said in a sworn affidavit that one of her clients in 2014 told an FBI agent investigating McLennan County District Attorney Abel Reyna that “he personally delivered cocaine for Reyna’s use.”

Scaramucci’s affidavit also alleges that Reyna arranged to have an attorney appointed special prosecutor in cases in which he recused his office “for the purposes of facilitating politically based dismissals on behalf of Reyna.”

Reyna did not return phone calls to his office and cellphone Thursday. He has denied he is under federal investigation in statements on social media and has said he has no knowledge that he has ever been under investigation.

In a statement sent to a local television station, Reyna said, “Yet another example of a Twin Peaks defense lawyer digging up a disgruntled former employee with more ridiculous allegations and trying to smear my name and disparage the work of the people of this office. Now they are relying on the word of a person who was fired from this office for being untruthful. It’s shameful but not unexpected.”

Fort Worth attorney Brian Bouffard, who represents Salinas, wondered in his email response to Reyna’s statement why Reyna didn’t deny the accusations.

“It certainly appears there are a lot of so-called ‘disgruntled’ former employees of the McLennan County District Attorney’s Office during Mr. Reyna’s tenure as DA,” Bouffard said. “What’s particularly noteworthy about Ms. Scaramucci is that, unlike Mr. Reyna, she has given her information under oath in the form of an affidavit and is expected to testify under oath, as has Mr. Greg Davis, the former First Assistant DA under Mr. Reyna, and as will the other witnesses who know too well how Mr. Reyna has chosen to execute his responsibilities as a public servant and as a member of the Texas Bar.”

Scaramucci, whose last name was then Lannen, was representing Brandon Gatlin on an evading arrest charge in 2014 when she said Gatlin contacted her after seeing her name in a Tribune-Herald story about her role as special prosecutor in DWI cases involving Louis Jarvis and his wife, Jennifer Jones Jarvis.

At the time of their arrests, Louis Jarvis was project manager for a facilities contractor at Baylor University’s physical plant and his wife was executive secretary for former Baylor President and Chancellor Ken Starr.

According to the sworn affidavit, Scaramucci “was informed that the FBI was conducting a public corruption investigation in relation to Reyna and that they were interested in the court reporter’s transcript from one hearing in the Jarvis cases in particular, if the testimony led to any information about improper prosecutions for political purposes.”

Scaramucci writes in the affidavit that she and Gatlin met with an FBI agent for about an hour or more in the Waco United States Attorney’s Office on Franklin Avenue. She said she thinks the interview was recorded by FBI agent Dan Brust.

“Based on my involvement with the Jarvis cases, my resulting investigation and my meeting with Agent Brust, I also became aware of several other cases in which a particular special prosecutor has been appointed solely for the purpose of facilitating politically based dismissals on behalf of Reyna,” Scaramucci’s affidavit states.

Brust did not return phone messages left at his office Thursday. Michelle Lee, FBI public information officer for the Western District of Texas, said in a Thursday afternoon email that “pursuant to the FBI and (Department of Justice) policy, we can neither confirm nor deny the existence of an investigation. No one with the FBI can make any additional comment.”

Scaramucci said Thursday in a phone interview that she can’t remember all the details of the meeting with her client and Brust and declined to say who else was in the meeting. She said she recalls Gatlin describing the route he took to get to Reyna’s West Waco house.

Reyna, 45, currently is seeking his third four-year term in office.

Gatlin asked for no favors on his pending evading case, Scaramucci said, adding federal authorities had no influence or control over his state-jail felony case.

Gatlin pleaded guilty in his case and was sentenced to 12 months in a state-jail facility on Dec. 19, 2014, according to court records. Gatlin, 28, died June 29, 2016, from injuries suffered in a motorcycle accident.

Scaramucci’s affidavit also outlines accusations previously reported by the Tribune-Herald that she was confronted by the Jarvis’ attorney, Guy Cox, in the courthouse parking lot in early 2014. Cox told her that there had been a “mix up” and that Jason P. Darling was supposed to have been appointed special prosecutor in the Jarvis cases.

Cox said he had already worked out an “informal” probation for the couple because they are “good people and should not see the criminal justice system,” according to Scaramucci’s affidavit.

“That attorney told me that if I ever wanted a good relationship with Reyna’s office for my future clients, I would not prosecute the Jarvises,” the affidavit states.

Scaramucci was appointed after Reyna recused his office because he said he thought he might have represented one of the Jarvises in the past. That was not true, according to Reyna’s former longtime assistant who kept track of his cases while in private practice.

Cox went to the unprecedented level of trying to have Scaramucci disqualified from her role as special prosecutor in October 2014, alleging she was not competent to handle the Class B misdemeanor cases after she spent several years in the district attorney’s office handling felonies.

Retired County Court-at-Law Judge Mike Gassaway acquitted the Jarvises of the charges after Scaramucci made a clerical error in the charging documents that omitted the year the alleged offenses occurred.

The judge ruled that Scaramucci failed to prove an essential element of the case, that her mistake was a fatal flaw and that jeopardy had attached before the error was discovered.

Scaramucci appealed Gassaway’s order, which was overturned by Waco’s 10th Court of Appeals in a ruling that said Gassaway had no authority to dismiss the charges. The court reinstated the charges.

Louis Jarvis pleaded guilty and was sentenced to three days in jail and fined $200 on April 28, according to court records. Jennifer Jarvis was placed in Reyna’s pretrial intervention program and has a status conference on her case set for Jan. 19.

Those placed in the PTIP program have charges dismissed if they successfully complete the program and pay fees associated with it.

The accusations in Scaramucci’s affidavit regarding Reyna potentially dismissing cases for political or personal gain resemble the type Greg Davis leveled at Reyna when Davis resigned as Reyna’s first assistant in August 2014.

Davis, a trial attorney with more than 30 years’ experience, said when he left that he no longer could be a part of a two-tiered justice system that gave preferential treatment to Reyna’s friends and political supporters by dismissing prosecutable cases.

Davis detailed his allegations in an affidavit filed in November of this year in Twin Peaks shootout defendant Matthew Clendennen’s case as part of Clendennen’s efforts to disqualify Reyna from prosecuting his case. Davis listed a number of Reyna’s friends or supporters who had pending criminal cases that Reyna dismissed and said it troubled him enough to resign his top assistant job.

Davis and current First Assistant Michael Jarrett spoke to Reyna about their concerns in March 2013 and Reyna said, “Never get in my f—ing business again,” Davis said in his affidavit.

Davis said he and Jarrett met with Texas Ranger Matt Lindemann about their concerns in December 2013 and met with Brust, the FBI agent, in August 2014. Davis wrote in his affidavit that Jarrett got another cellphone so he could speak with Brust and others without Reyna knowing about it. Davis said in his affidavit that he thinks the investigation is ongoing, and two others who have spoken to the FBI said recently that they also think the investigation continues.

“I ultimately resigned from the McLennan County District Attorney’s Office because it had become apparent to me that despite my warnings and advice, Reyna had no intention of stopping his practice of giving preferential treatment to his campaign supporters and friends,” Davis wrote in the affidavit. “I firmly believe that neither politics nor wealth should play any role in prosecutorial decisions and Reyna’s actions were completely antithetical to my beliefs and the oath that all prosecutors take to do justice.”

Davis also said in notes from his meeting with Brust, which were included as an exhibit in his November sworn affidavit, that Brust asked him about “Abel’s possible drug use and associates.” The notes from the meeting say that Davis told Brust about what he perceived to be Reyna’s “marked change in behavior and information provided by a confidential informant about a sports bar Reyna frequents.” 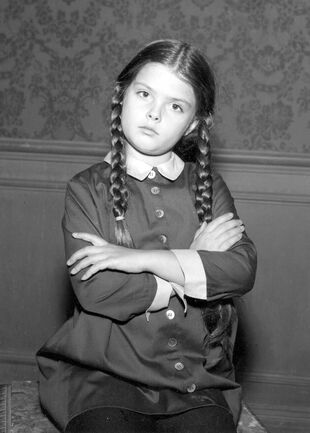