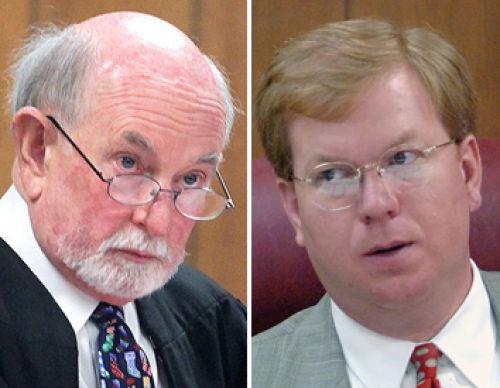 Hurricane Casie returned as a Category 5 hurricane today after hitting the 54th. Courtroom of Judge Strother yesterday causing havoc the likes of which Judicial egos haven’t seen for years.

With one hand,  Casie succeeded in getting rid of Judge Ralph Strother who famously put a Police Detective from Waco PD as the “Foreman” of the Grand Jury that was investigatinig TWIN PEAKS.

Casie also informed Judge Matt Johnson just a few days ago that he was next and she was preparing a “Recusal Motion” for him also.

Instead of evacuating the Court Room Judge Johnson showed up today with about 150 prospective jurors to play out a Kabuki dance we all knew was coming but pretended it wasn’t.

In no time flat,  Casie Gotro succeeded in getting rid of yet another McLennan County Judge some say is bias.

It was pretty much “all over” as hurricane Casie cleared out another Judge as easily as Irma turned over a doublewide.

More bulletins to follow as Waco watches an “out of towner” teach the status quo a few lessons.

If you need reminding,  Judge Johnson was a law partner of District Attorney Abel Reyna.