“The DA’s office made a generous plea offer and I presented it to my client and he refused it because he is not guilty of the charges,” Bennett said.

This is a photo of the accused,  Shawn Oakman.  The look on his face expresses many things, at least to me this morning:

“I’ll take my chances with Barry Johnson as DA, thank you”

“These people scare me worse than a jury” 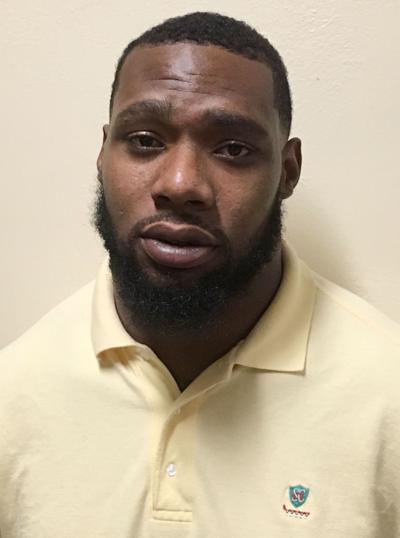 “The DA’s office made a generous plea offer and I presented it to my client and he refused it because he is not guilty of the charges,” Bennett said.

Oakman’s trial, which has been reset a number of times, is set now for Feb. 26 in Waco’s 19th State District Court.

Details of Oakman’s plea offer come less than a week after 19th State District Judge Ralph Strother and prosecutor Hilary LaBorde have been hit with a fusillade of public criticism over a plea agreement in the Jacob Anderson case.

Anderson, a former Baylor University fraternity president initially charged with sexual assault, made national news this week after Strother accepted his plea bargain with prosecutors on a lesser charge and placed him on deferred probation for three years and fined him $400. The victim, her family and others had urged the judge to reject the plea bargain and send the case to trial.

Strother’s office and the DA’s office have been swamped with vicious emails and phone calls since Monday, and petitions have circulated seeking to remove Strother from office and to ban Anderson from the University of Texas at Dallas campus, where he transferred after leaving Baylor.

UT-Dallas officials announced Wednesday that Anderson would not be able to participate in his graduation ceremony next week, attend graduate school there or set foot on campus again.

Oakman, a former Baylor defensive end, was indicted on charges that he sexually assaulted a Baylor student at his apartment in April 2016, after his time on the football team had ended. He has said he dated the woman previously and that the sexual encounter was consensual.

It was not clear Friday if the DA’s office notified the woman in Oakman’s case about the deferred probation plea offer. The woman in the Jacob Anderson case, who was a 19-year-old sophomore at Baylor at the time, said she learned of the plea offer to Anderson by reading a Tribune-Herald story.

Oakman has been free on bond since shortly after his arrest. He since has played for the Bismarck (North Dakota) Bucks of the Champions Indoor Football League for $200 a game. Bennett said Oakman now is working in Dallas as a personal trainer.

Oakman appeared headed to trial in September until Bennett filed a motion to postpone the trial because an important character witness for Oakman, former Baylor coach Brian Norwood, was not available then.

Norwood, who coached at Baylor from 2008 to 2014, recruited Oakman, who transferred to Baylor from Penn State University.