WARNING:  The following story from CNN is an insult to every person with a brain or heart living in Waco, or Texas itself.  This idiot prosecutor,  FEMALE,  Hilary LaBorde wants you to believe that Wacoans just don’t like convicting good looking people and she describes a rape in which the victim lost her virginity as an “injury”.

Hey,  Hilary,  you don’t speak for me and I don’t think you speak for the people of Waco.  The PEOPLE of Waco make excellent jurors.  You should try it more often.  How dare you BLAME a “fear of Waco juries”,   you think we can’t see through a defendant that,  in your way of thinking,  is too nice looking to be guilty?  You’re nuts and your boss is totally corrupt.

So,  ABELINO,  did this whole news thing mess up your new job with the Andersons we’ve heard so much about as your quid pro quo for this incredibly smelly case?

Can’t wait till Clint Broden gets to ask you whether or not you had meetings with Jacob Anderson’s parents about a new job after you leave office.

Hilary LaBorde and Abel Reyna have refused to talk to CNN or anyone else.

Fake news,  right?  No.  They are guilty and couldn’t stand up to questioning from ANYONE.  Secrecy is their game.

Secrecy?  Nope.  Sneakiness and behind the scenes corruption and bribery.

Hilary LaBorde gives her views on what juries like,  how long has she been out of college?

A prosecutor refused to try an ex-frat leader’s sex assault case. Here are her eye-opening reasons why

Sydney Tuggle,  Hilary LaBorde, and a grinning Abel Reyna saving the people of Waco from themselves one f*ck up at a time.

A prosecutor refused to try an ex-frat leader’s sex assault case. Here are her eye-opening reasons why

Instead, the assistant district attorney agreed to a plea deal on a lesser charge that resulted in probation — not prison time — for the former Baylor University student accused of raping a woman at a frat party in 2016.
While outrage over that decision ripples across the country, both LaBorde and her boss have defended her action. Meanwhile, Anderson’s attorneys have told local media that the accuser has given multiple inconsistent statements. 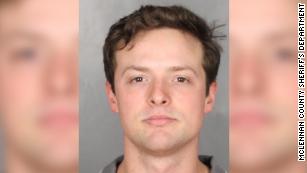 Ex-Baylor frat president indicted on 4 counts of sex assault won’t go to prison
A letter from LaBorde to the victim and her parents shows the prosecutor was worried that jurors would end up blaming the victim and that Anderson might not be convicted because he’s only accused in one sexual assault case.
“It’s my opinion that our jurors aren’t ready to blame rapists and not victims when there isn’t concrete proof of more than one victim,” the prosecutor wrote.
Here are excerpts from LaBorde’s letter, sent after she accepted a plea agreement from Anderson’s defense team:

The family learned about the plea deal from the media

“I apologize for not telling you both about this agreement before there was a story in our newspaper. I didn’t know there would be a story about a plea that hasn’t occurred and about which nothing has been made public.”
“I’ve accepted an offer on Jacob Anderson. It’s for probation on the charge of Felony Unlawful Restraint not Sexual Assault — therefore, he will not have to register as a sex offender.”
“I realize this is not the outcome we had hoped for or that I had originally offered, but I tried a very similar case to this one last month, and lost.”

“In light of the similarities between the cases, it’s my opinion it would be worse to try Anderson and lose and have the entire matter wiped from his criminal history than to accept this plea offer. Not to mention the emotional damage [this victim] would have to deal with if she had to testify and then felt the jury thought she was a liar.”

In a recent case, a juror said the defendant didn’t look like a rapist

“The other case — State v. Hunter Morgan — was covered in the Waco Trib and as I said was very similar to Jacob Anderson’s case. In that case, the defendant also had no criminal history other than the offense on trial. He was also eligible for probation, but the jury understood that even with probation, somebody convicted for a first time offense would have to register as a sex offender for the rest of his life.” 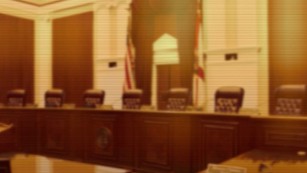 Read the woman’s victim impact statement
“The victim [in the Hunter Morgan case] had injuries to her genitals and the defendant’s DNA in her underwear. I actually thought the Hunter Morgan case was stronger than Jacob Anderson’s because Morgan admitted the victim was intoxicated, too intoxicated to consent, and he admitted he wasn’t intoxicated at all.”
“One weakness I’ve always identified with Anderson is that he was drinking also– and although I think he’s exaggerating — he acts as though he was extremely intoxicated at the time he was at the frat party.”
“Three of the male jurors [in the Hunter Morgan case] told me ‘they would not send anyone to prison for that.’ One of the female jurors — a nurse — said she didn’t think the defendant ‘looked like a rapist.’ “
“A few of the male jurors thought the DNA in the Morgan victim’s underwear proved nothing – merely that she’d been around him.”

Because Anderson’s accuser was a virgin, her injuries might not help her case

“To speak frankly as to the injuries in [the] Anderson [case], the research suggests that victims with no sexual experience are more likely to be injured because a sexual encounter is their first. So medically speaking, [this victim’s] innocence and lack of experience makes the medical evidence less helpful.”

“In short, I think this jury [in the Morgan case] was looking for any excuse not to find an innocent looking young defendant guilty. They engaged in a lot of victim blaming — and the behavior of that victim and [Anderson’s victim] is very similar.”
“It’s my opinion that our jurors aren’t ready to blame rapists and not victims when there isn’t concrete proof of more than one victim. I have had success in trying college aged defendants yes, but in retrospect, ONLY when they have multiple victims. Multiple victims put the focus properly on the criminal’s conduct. That didn’t happen when there was only one victim and one event to talk about.”

“While I can’t imagine the upset y’all will feel at believing Anderson isn’t getting what he deserves, I don’t want him to get away with his crime entirely. Part of his probation will be getting sex offender treatment and alcohol treatment. Without these terms, and if he’s just found not guilty, there will be no reason to think his conduct will be different the next time he’s in a bar and finds a woman who can’t defend herself.”
“Given the similarities, I’m surprised the defense attorneys on Anderson are willing to plea him to anything and I don’t want to squander the opportunity for there to be some consequence for him that might alter his behavior in the future.”

LaBorde has not responded to CNN’s request for comment. While she faces growing criticism over the plea deal, her boss, McLennan County’s district attorney, defended his prosecutor. 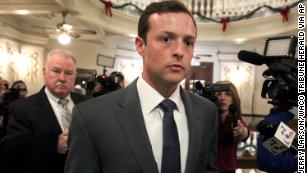 Petition calls for Jacob Anderson to be removed from UT-Dallas
“Early in this case, law enforcement believed that the victim may have been drugged and this belief has been widely disseminated in the media; however, the evidence did not support that theory,” District Attorney Abelino “Abel” Reyna said.
“This office stands by the plea offered and believes we have achieved the best result possible with the evidence at hand.”
As for Anderson, his attorneys told the Waco Tribune-Herald that there was no genetic evidence tying him to the alleged offense.
They also said the woman gave “numerous inconsistent statements to the prosecution.”

CNN’s Tina Burnside and Pamela Kirkland contributed to this report.

Hilary C. LaBorde is a Lawyer in Texas, Waco.

One thought on “HILARY LaBORDE, ABEL REYNA: NO ACCOUNTABILITY UNDER TRUMP UMBRELLA OF SECRECY AND FAKE NEWS”