Just when everyone was loading up their U-Haul to move to Bellmead where they don’t care if you smoke weed,  today’s Waco Trib hits us in the face with a new urban plague we hope can be stomped out quickly,  “Bestiality”.  Yes,  we spelled it right,  it’s “best” not “beast”,  mixed messages.  The Trib also informs us that we didn’t have a law against this until 2017 when Republican Governor Greg Abbott gave us one to protect the pets.

This fellow’s name is Philip Samuel Mercon, 27, and we are posting his photo,  copyrighted or not,  he deserves it.

It’s hard enough not to write about the Rub and Tug,  absence of prosecution of Rub and Tug alumni,  child molesters, sex traffickers, underage girls, it all gets redundant but this thing deserves some recognition.

Do not let this man babysit your dog.

If you see this man and he says,  “Good lookin’ dog you got there” he means it.

He bonded out before hitting the general population of our fine McLennan County jail and the dog loving,  hog hunting, pekinese, pit bull, wienie dog, Rotweiller, mutt,  loving inmates would not have liked this guy, not one little bit.

Here’s the site for the Waco Trib and the whole,  ever so sordid story and a  picture of cousin Dumbshit beneath.

Whatever this idiot was on at 1:30 a.m. would be very relevant,  can’t wait for that AA meeting.

Philip Samuel Mercon,  henceforth known to everyone as,  “this dumbshit” 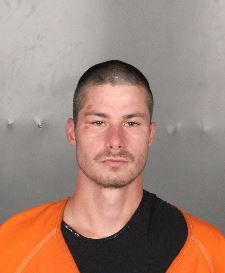