Obviously,  he thought they were married 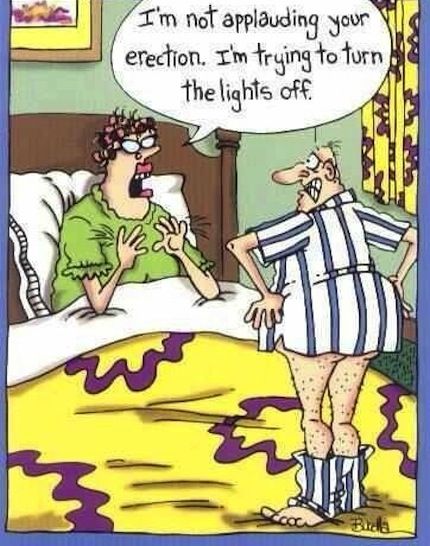 A 60-year-old man was arrested Wednesday, accused of raping a sleeping woman March 3 in his McGregor home, an arrest affidavit states.

Victor Aviles was arrested after the woman went to a local business in McGregor early March 4 and told an officer she had been raped the night before. The affidavit states the woman agreed to go to the McGregor Police Department and submit a statement to police about the incident.

The woman reported she went to Aviles’ home and fell asleep on his bed, the affidavit states. She woke up and found that her pants had been taken off and Aviles was assaulting her, according to the affidavit.

She told police Aviles continued to attack her and raped her as she told him to stop, the affidavit states. She was able to push him away with her foot and tried to leave the residence, according to the affidavit.

“(The woman) stated she attempted to leave the residence, but Aviles wouldn’t allow her to leave and at one point pulled and held her hair to keep her from leaving,” the affidavit states. “(She) told Aviles she was going to call the police, and Aviles said ‘Get the hell out!’ ”