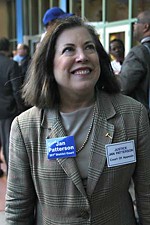 Man, I hate calling another woman a crazy bitch. I’ve been called one oh, so many times, but, I’m not crazy enough to charge someone with 13 counts of MAIL FRAUD and not have a cancelled envelope the mail came in. Nope I’m not that crazy. This woman, yeah, she was/is. They charged Vic with sending false “disposition” reports to the Department of Public Safety. The problem was that the DPS had an office IN THE COURTHOUSE.

The DA’s employees would just take the Dispositions over to the DPS in the courthouse.

Naturally, no one would listen when told they weren’t mailed.

See “they” were entitled, big donors to the Republicans or their parents were big donors, and they managed to graduate. Otherwise, they partied together, yucked it up and believed one another’s bull, and no one pulled the plug on the sh*t show.

Then as now, there was NOWHERE to put the truth because they think we’re all crazy.

The trial cost over 3 million dollars to the taxpayers.

Below is Vic’s latest podcasts on this Narcissistic entitled pampered petted and over educated example of the Federal government.

Thank you, I feel better now.