One of my friends sent me a post by Vic Feazell aka.  Brian Lewis about me/Harry it’s badly written and not funny but I posted it below with Vic/Brian’s website in case you want some boring alcohol fueled evidence of guilt.

Remember,  even though I had the “young Elvis”,  I never fell for the “mistaken identity” crap and the State of Texas (Vic)  actually  dropped it.  “Mistaken Identity” didn’t even come up in David Spence’s  Bryan trial as Vic realized how fu*king stupid it was.

Talks to Jan Thompson as Brian Lewis,  won’t tell her the truth,  wonders why I’m mad 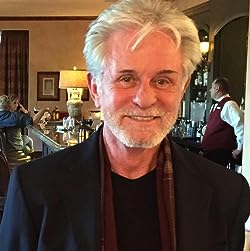 I’m mad because when this shit happened,  I/we told you and Truman that Jill and Gayle did NOT look alike.  I/we told you that this couldn’tve happened at Koehne Park.

But nooooooooooo,   you had to be right.  Noooooooooo.  Jill Montgomery with a 42 inch chest looked just like flat chested skinny Gayle Kelley.  NO.  No then,  no now.

I’m angry because none of us could fucking stop you.

I’m angry that I didn’t realize that NONE of the three,  Jill, Kenneth, Raylene, had blood on them from anyone but themselves.

I’m also angry that you’re not angry this happened so f*ck you.

I’m angry that Jan Thompson can’t realize Brian Lewis is Vic Feazell and you won’t tell her the truth either.  She’s going to do some big tell all,  good,  hope she can tell us why she tried to sell that tape she has of Dannen to TEXAS MONTHLY and for how much.  Oh,  she still has it,  aren’t you Vic/Brian lucky?

So,  thank your “faithful few” on December 28th.  the Texas Forensics Commission is kind of like the Honey Badger,  they’re not going to care about anyone’s widdle historical feelings just evidence.

I’m angry you put Gregory Feazell in jail when you had “Abel in your pocket” and it didn’t work out for you.  You put your own son in jail to shut me up about the Lake Murder.  Yes,  you did.

You,  like Abel and the others,  got sloppy with the overkill.

Maybe you should have stopped when you had Greg arrested in front of me on purpose.

You had power over me as long as our son was in the United States. YOU created this with meanness and showing off power.

I’m mad you don’t believe in DNA in this case.  You think I’m embarrassing?

I will finish this rant by repeating I should not speak for Mrs. Thompson, she is such a nice and classy lady to go on a rant like this, I just feel it is necessary for the people that are honestly interested in finding the truth, they should hear the whole story not justt the musings of an angry ex-wife, i.e. Bernadette Feazell/Harry Storm.